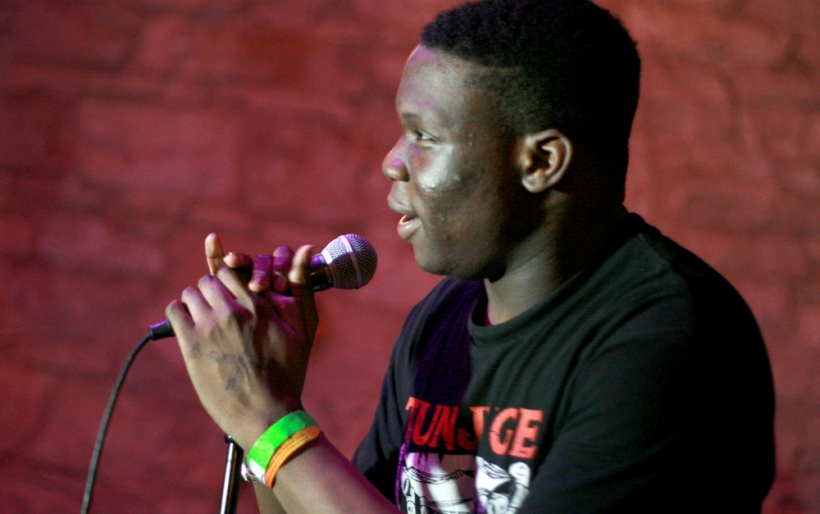 Philly rapper Tunji Ige has a knack for straddling worlds – as we’ve noted in the past, his mixtapes have the feel of, well, mixtapes. Poppy club bangers, hard-hitting lyrical jams and dabbles into rock and roll all intermingle in his world, and it makes total and awesome sense.

Ige’s latest is “Black James Bond,” a catchy four minutes structured around a funky go-go guitar lick, a mix of meditative rhymes and auto-tuned hooks reminiscent of Moosh & Twist. That last parallel is apt, since it just got announced that Ige is sharing the Underground Arts stage with Moosh & Twist for a Red Bull Sound Select show on Thursday, April 21st. Also on the bill are Loaf Musik and Michael Christmas, more information can be found here.