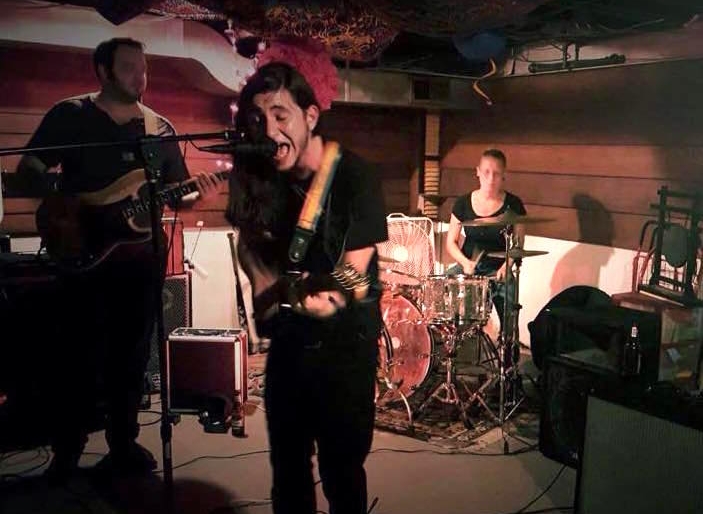 Burned Out, Still Glowing | photo by Maureen Martin | photo courtesy of the artist

The trio performed their song, “Suggestions.” The song builds slowly underneath from drummer Stephanie Brettman and bassist Luke Anderson in the rhythm section, while singer Lennon Cantwell’s intense vocals soar above as he sings “I am not the man I wanted to be, but I still wish I was.” The band performs the song in a small corner of the Random tea Room adorned with artwork.

Burned Out Still Glowing’s most recent release was Image Is Imaginary, which was put out back in January. You can listen to that here. The band plans to release Philly dates soon.