LISTEN: Up The Chain release a stream of their new LP The Prison Break - WXPN 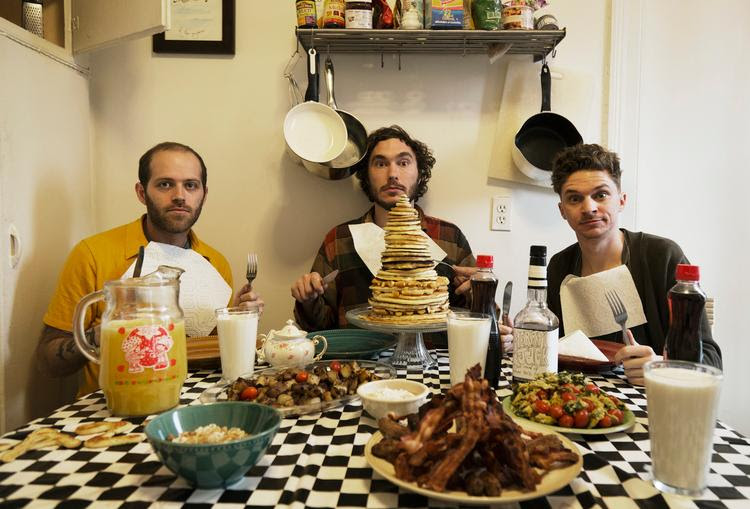 Up the Chain | Photo courtesy of the artist

LISTEN: Up The Chain release a stream of their new LP The Prison Break

Philly folk rockers Up The Chain have premiered The Prison Break over at Glide Magazine.

This is the first album from Up The Chain whose first EP Windows Into Worlds was released last year. Singer-songwriter Reed Kendall has previously released two albums under his own name. Singles from the album that have already been released were “Sidecar” and “Crumbling The Stone“.

On The Prison Break, the band creates a collection of solid Americana stomp-rock ranging from upbeat (“Game Kids”) to the meditative (“Globe” and “windows Pt 2”). There are multiple parts on the record where they delve into experimentation, especially on opener “Kelly Green” or the minimal transition “Pineapple or Potato?”. Soundbites and samples interplay with folk instrumentation to give the record a modern spin.

Kendall has a keen knack for melody shown on the bluesy slow-drive “The River James”, where he sings like a beaten-down Josh Ritter or Iron & Wine. Themes such as escape, longing, and the open road permeate The Prison Break, especially on songs like “Departed Trains,” where Kendall runs through a story of lost time and grey skies. On album closer “On Your Side”, the band channels the ambient roots-rock of My Morning Jacket with its guitar theatrics and falsetto harmony.

The band will be holding a record release show at Johnny Brenda’s on Friday with Hezekiah Jones and Purples. For more information and tickets, check out the XPN Concert Calender.

Up The Chain’s The Prison Break is out this Friday, March 11th via Red Dust Music. Listen to the full album below.