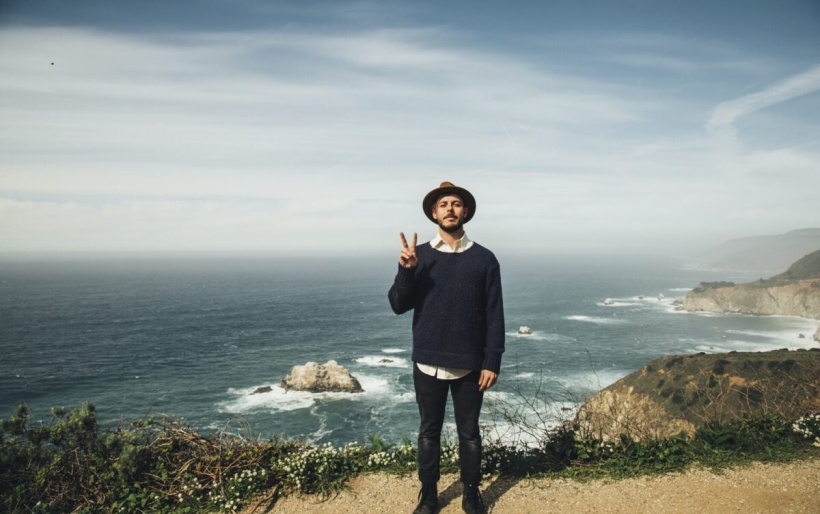 Michael James Murray has been a true globetrotter for the last several months. A scroll through the Out of Town Films co-founder’s Facebook page brings up envy-inducing photos and videos of time spent in Iceland, South Korea, the UK, France, Turkey, Poland, South Africa and Mexico, as well as domestic stops in Joshua Tree and the Sierra Nevada mountains. For his most recent project, though, Murray took a solo drive down the Pacific Coast Highway and filmed the landscape with a drone.

The result is a breathtaking view of Big Sur, with waves gently crashing against the imposing cliffs and a look at the spindly Bixby Bridge from an angle most people don’t get to see. He paired the images with an ambient composition that gives the right amount of sonic awe to the documentation. Murray writes:

Big Sur. It’s the kind of place that can make you quickly forget the world around you if only for a brief moment. It is also is perhaps one of the quintessential American road trips, driving on a single strip of road known as the Pacific Coast Highway, ribboning along the California coast for a cliff-hugging and breathtaking drive. My primary goal of the trip was to drive solo down the coast, stopping anywhere and everywhere along the way to take both photos and drone footage. It’s something I’ve grown fond of doing while traveling, and a way I like to remember places I’ve visited.

Take a look at the video below and dig through his travel archive here.