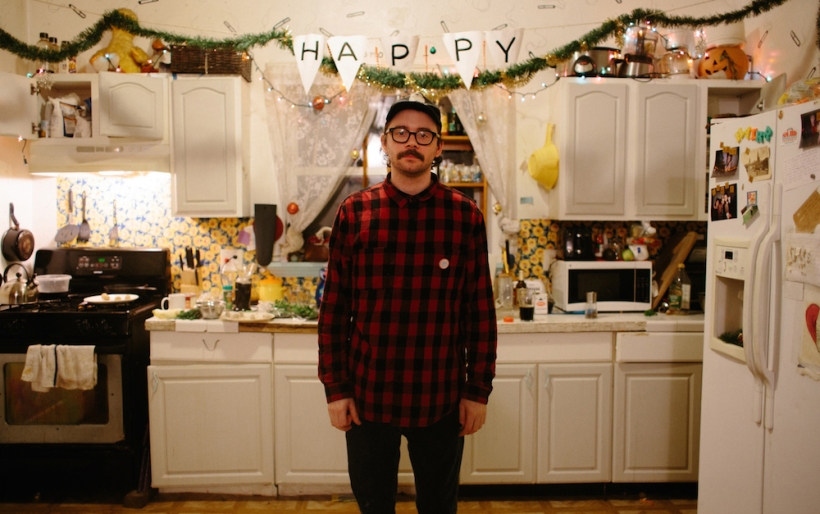 Sound and Place is a recurring series where we take Philly musicians to their favorite places in town. For this installment, we visit Scotty Leitch of Shelf Life in his apartment.

There’s always a party at Scotty Leitch’s house. At any given time, the pad’s six residents, temporary guests and affiliated friends can be seen strewn about the general living area couch, playing pool on the table in the middle of the room, sitting around the kitchen table with a bottle of wine or hosting band practice upstairs.It can feel a bit hectic with this ever-revolving door of welcome guests and visitors, but Leitch doesn’t mind it at all. He thrives off of this sort of communal living.

“It’s wonderful, it’s joyous,” Leitch says with pride. “I have worked very hard to surround myself with these people that I care for so much.”

Elements of personality are evident in all areas of the house. One of the front room’s couches is actually a row of seats from a van. There are posters and colorful illustrations hung or even drawn on the walls. In the kitchen, sunflower printed wallpaper lines the bottom portion of the wall; the upper half features hand drawn cigarettes. There’s even a jack-o-lantern stealthily tucked on top of the cabinets. Upstairs, out of the number of bedrooms that house the tenants, Leitch’s, which he shares with his girlfriend, has a mattress on the floor, a few bowls next to it for his cat Tine (pronounced “tiny”). Next to them, a few guitars. On the opposite wall sits a chair-less desk with a Mac. This is where Leitch does all the production for his musical project Shelf Life.

A product of Leitch’s desire to branch out on his own after having been a perpetual bandmate in a number of local outfits—he currently still plays drums for Alex G. and has been a member of Pirouette and Cold Foamers—Shelf Life is the lo-fi, introspective journey into love and loss, childhood and adulthood—and how the man who wrote it all is coping with it.

His debut, Everyone Make Happy, out last September on Lefse Records, was the compilation of a year’s worth of writing and self-recording plodding, acoustic-guitar driven, ‘90s inspired alternative. Sometimes grungy and sludgy, other times intricate, like the drums on “Mark II” or silly, like the lyrics on “Double Dare” (Meet me at the mall later on / I’ll have my new Slayer shirt on”), Everyone Make Happy is melodic, yet melancholy, with Leitch’s vocals looming low like clouds over guitar string plucks and slaps of snare.

In between tours and rehearsals with his main gigs and hours spent at his day job, Leitch would return to this Kensington home and toil away on songs that would eventually become an album, though that was never the intent.

“I didn’t have the initial thought to make it a record,” he says. “I was writing songs and recording them in between being in other groups. I had a collection of them and was never really confident in them. I’d just save them on my computer.”

So he’d come home from work and in the event he had the whole house to himself, would set up shop in the living room and make music. Other times, he’d retreat to the basement, which he’d converted into a makeshift studio, a place where he could be alone in the midst of all the bustle.

“It’s a demonic place,” Leitch says of the basement’s current state, deteriorated in the two years since the beginnings of Everyone Make Happy and today. “At one point, it was beautiful and my cave where I existed and I could get away from everyone—there’s always, always people here. You know what? That’s the concept of the record. That record was me getting away from this—“

He’s cut off by a perfectly timed chorus of laughter emanating from downstairs.

But despite the merry chaos that surrounds the house, Leitch couldn’t imagine creating and recording anywhere else. Even when he didn’t live there and would just make extended appearances to stay with his girlfriend who did, this edifice was his musical home base.

“I started making the record that way,” he says. “I gotta feel safe where I’m at, I gotta feel like there’s a connection between me and the space.”

So when he moved from the downstairs living room and basement into the upstairs band practice space to make music, a new chapter began. Feeling mentally separated from the songs he created on Everyone Make Happy, Leitch focused his attention on crafting a new record as opposed to just writing songs that may or may not fit into a larger collection of work—namely, an album.

“You listen to something and you just go ‘I don’t remember doing that,’” he says. “It’s really hard, you can’t connect. I listened to it yesterday and I was like, ‘Whoa, I remember physically doing it, but I don’t remember where my brain was.’”

Shelf Life chapter two has already begun. Leitch is in production mode before embarking on another tour with Alex G., taking him away from his creative house for another few weeks. He plays a new track called “Living The Dream” and laughs as he says the title.

Sonically, it’s quite different from the mid-tempo, somewhat hushed songs on Everyone Make Happy. “Living The Dream” is fast, sunny, bright and surf rock-y. It’s a little bit like King Tuff goes to the beach with midi strings.

He’s moving on from processing the discomforts of his childhood, which were outlined on his debut, onto something that’s a little more expansive.

But for now, Leitch assumes his perpetual band member status and will try to write Shelf Life songs while on tour, though he does admit it gets tough when he’s not at home, his creative happy place.

“I get all these pent up emotions on the road and you get home and spew it out,” he says fondly. “I get home and I can put it out fine.”

While he speaks offhandedly and doesn’t place emphasis on the statement, he essentially ties a neat bow around what he’s been, more or less, saying all evening: Home is where the music is. 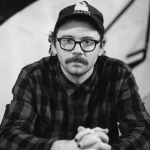 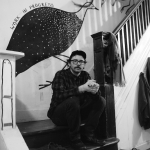 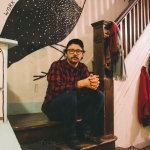 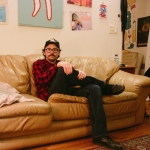 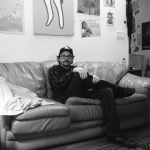 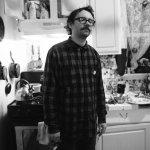 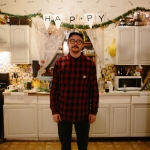 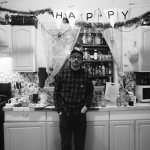