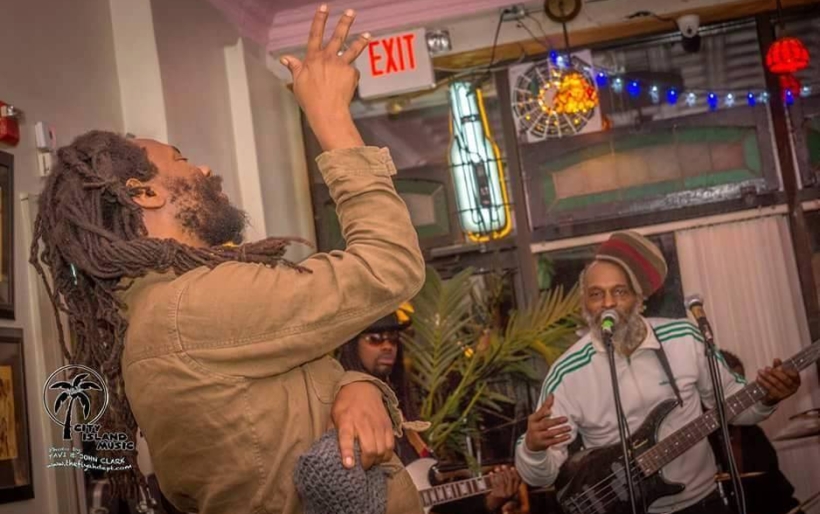 For years, the Cedar Park neighborhood of West Philadelphia has been an eclectic and progressive area. Holistic cafes, independent bookstores, grocery co-ops, and international eateries have been a mainstay on the Baltimore Avenue strip. Being that Cedar Park is only a hop, skip, and a jump from The University of Pennsylvania, in recent years, gentrification has taken a hefty bite out of the neighborhood. Area watering holes like Abby’s Desert Lounge, Third World Lounge, and Best House have closed – the later two being replaced with kitschy bars that cater more towards the influx of hipsters than the residents who have been living there for years.

Despite the unstoppable growth of University City, many of the restaurants and hangouts have maintained and adapted to the changing surroundings. One space in particular is Dahlak Paradise, located at 4708 Baltimore Avenue. Dhalak, as the locals call it, is an Eri-Ethiopian Bar and Restaurant that serves traditional East African cuisine in an authentic Habesha setting. In the back of the Restaurant is a narrow bar that is, more often than not, super crowded. The bar area leads to a back patio area where drinkers can get a breath of fresh air or step out for a smoke.

Dahlak is named after an archipelago off the coast of Massawa, Eritrea in the Red Sea. “I’ve never been, but it’s supposedly a beautiful scene with all different types of fishes,” says Ephream Amare Seyoum, who runs the restaurant founded by his parents Neghisti Ghebrehiwot and Amare Solomon. “Back in the times when people were fleeing for refuge during the war, my mother fantasized about being in a remote resort like Dahlak — that’s where she came up with the name. With that in mind, my father later aspired to achieve paradise in his home and that’s where he got the nickname ‘Dahlak Paradise.’”

Dahlak has been a popular wine and dine spot for the residents around Baltimore Avenue since it opened its doors in 1987. The food is delicious – and in years prior, the basement was a live performance space, where drinks were always strong and affordable. The oldest child of Neghisti and Solomon, Ephream Amare currently manages the bar as well as books acts for the venue’s weekly shows. Over the years, Ephream has helped revive Dahlak as one of the most vibrant and eclectic nightspots on Baltimore Ave.

In the early 90’s, while Solomon began working on expanding the restaurant, Dahlak began to host events in the basement – but the City’s venue regulations eventually put an end to that. Since then Dahlak has been producing different jam sessions that cater to very diverse crowds.

“I believe we started something special,” he says. “Some of these jamming series that we host have continued on from the good folks still hosting with us today – like Ali Richardson and Dr Ketchup. It just keeps getting better now, ever since I’ve had great hosts like Don, Fresh, and LeTriece Branson shooting through the stars for us.” During the average week at Dahlak, patrons can come through and experience hip-hop showcases, punk shows, lively dance parties, and QTPOC DJ nights. Being that Dahlak is located in the heart of such an eclectic and diverse neighborhood, it only makes sense that they cater to all different types of crowds. The fact that Dahlak makes it a priority to be a welcoming space for all types of people has largely contributed to its popularity.

“Like my father, I only wish to carry forward his wish of paradise in our home for all types of people of all shapes, sizes, and color,” says Solomon. “It’s a part of that Dahlak culture we strive for and I’ve been in great company over the years.”

“Our events are mostly no cover events so everyone is welcome to come and partake even if they’re not here for the event,” says Solomon. “Everyone feels welcomed and they eventually appreciate it. I think it’s good practice when people aren’t turned away by a door fee only to have to spend more for food and drinks inside.

“I feel as though if the shows here are good enough, people will respond with their individual support,” says Solomon. “At least that’s what I believe our local artists are looking for. As for the hosts, they’ve mostly been good with working out an agreement on compensations. Nonetheless, I’ll have a night for reggae, EDM, jazz, rock, karaoke every Tuesday, and open mics for the young singers, rappers and poets…but everyone’s invited.”

Dahlak’s partons can be as nontraditional the space itself, which makes one feel as if they walked right out of East Africa. Diners have the option to sit at regular tables or have their meal seated on a low-cubed stool while their food rests on a weaved basket like table.

“I believe we do that through our food, but most importantly through the community and I’m sure any regular patron of ours can attest to that,” says Solomon. “Dahlak has always been my second home. When I see the same faces making stops through our place from time to time, it reminds me of the Dahlak family I have here. Those are my roots. I can’t ever forget that because it has been my day-to-day for over a decade now.”

The future looks bright for Ephream and the rest of Dahlak. The vibe will still be eclectic. The food will still be delicious. And the space will remain a West Philly hotspot.

“I really hope to further expand on the size of our place,” he says. “That was something my folks really dreamed of doing. If things turn out right for us, we just might have that to look forward to soon. Aside from that, we are underway with a new menu. I’m introducing a few more ideas to the mix.

For more on Dahlak Paradise and its weekly events, consult the restaurant’s website.