PREMIERE: Stay up all night with Harrisburg's Young and Heartless in the "Noisecreep" video - WXPN 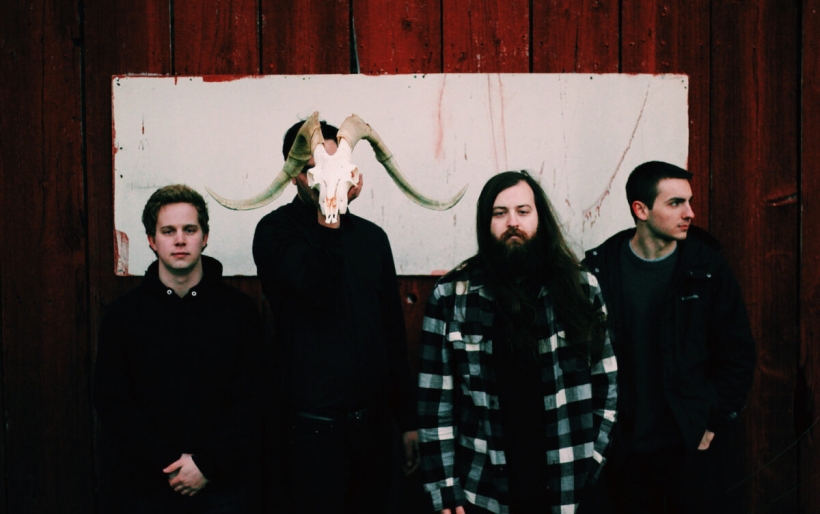 Young and Heartless | Photo courtesy of the artist

PREMIERE: Stay up all night with Harrisburg’s Young and Heartless in the “Noisecreep” video

A year ago, Harrisburg alt-punk four-piece Young and Heartless signed to heavy-hitting label Hopeless Records and made a big national splash with The Pull of Gravity, their first full-length release. But the band was hardly “new” – it had been touring for years and operating out of the Central PA universe since the release of its 2012 debut EP, Strange World. This spring, the band is preparing for the release of its latest album, Stay Away, out this week on Hopeless – and based on what we’ve heard, the band is really spreading its wings on this one.

Lead single and album opener “Fevers” forgoes the jagged pop-punk riffs and screamalong refrains of Young and Heartless’ earlier records in the favor of lush layers of atmospheric guitar and warm vocal melodies. Similar in direction to the recent work of their contemporaries Balance and Composure and Title Fight – and reminiscent of the tonal soundscapes of Jimmy Eat World and Smashing Pumpkins – the new record sounds poised to be bigger, more expansive, and prettier for sure, but no less gripping than their bare-knuckled early work.

Today, we got another taste of the new album in a video for “Noisecreep,” which we’re happy to premiere for you. Sonically it’s in step with “Fevers,” and the visual is just stunning – late night footage of L.A., of highways, and of the band in various domiciles is juxtaposed with scrawled text across the scene, a visual representation of the thoughts that keep us up at night.  The video was directed by Robby Salisbury, with animation by Norris Carey, cinematography by Andrew Hodgdon and Jimmy Sudekum on second camera.

I caught up with with frontman Jeremy Henninger over email, and we talked about the look of the video, introspection, the perils of self-medication and how Young and Heartless doesn’t feel pressured to be the same band it was four years ago. Watch and read on below.

The Key: I really love the idea of annotating the video with text – was that from the band, the filmmaker, a combination?

Jeremy Henninger: I originally threw around the idea of adding the text, and with Robby (filmmaker) and his animator adding the movements and drawings, it really came out pretty neat. The band also added the split screen idea which I think helps create a chaotic split personality to the video.

TK: Who is the filmmaker and how did the band connect with him?

JH: His name is Robby Salisbury, he attended college with our guitarist [Bryan Tricarico] in Harrisburg, PA before he moved to LA. Bryan and him had kept in touch, and Robby, after seeing the video for our song “Fevers” and seeing we would be heading out his way on our next tour, expressed interest in working with us on a new one. So we started throwing ideas back and forth for “Noisecreep” and somehow found time in between two dates of that tour to fit a five-hour shoot in. A shoot that ended up happening between 12 a.m. to 5 a.m. after a show in Fullerton. The close up shots of my face pretty well reflected a song about a depressed-wierdo-insomniac, because I was insanely tired.

TK: The text starts off reading like pharmaceutical disclaimers but then seem to morph into stream-of-consciousness and introspection. What is the mood they’re hoping to strike?

JH: The original paragraph I wrote is much longer than what we ended up using, simply because of time/space restrictions, but what we used starts out exactly as you put, a pharmaceutical disclaimer, but I wanted it to be clear that this was not a drug you would be interested in taking. I even thought about including real definitions out of the DSM-V (The Diagnostic and Statistical Manual of Mental Disorders), to list on and on mental challenges and abnormalities that could affect someone.

I hoped to display a downward spiral of thinking, a rabbit hole of sorts, thinking harder and harder about symptoms that may or may not be afflicting you. I find personally that getting lost in my head can be a mental illness in itself, and lyrically the song reflects that as well. The Wonderland’s Rabbit-hole is a reference that I use continually on the album; becoming sidetracked off of the distinct, physical world, and getting scared and lost in the meta-physical realities of the imagined and existential, while still trying to appear as a functioning human being. For being an airy, lighter feeling song, the mood is meant to be slightly doom-y, like the world is ending, but only to you.

TK: “Noisecreep” seems to be a bit of a sonic progression from the Pull of Gravity LP – much more atmospheric. How much does the rest of the new album carry this vibe?

JH: I would say “Noisecreep” shares ties emotionally with the rest of the album. Though it is one of the slower, more atmospheric songs on the album, it fits in well with some of the more lyrically dense songs because of the near-comically dark undertones. You can expect the rest of the album to touch the same feelings as “Noisecreep.” Although some of the other songs were written to pull you in deeper, “Noisecreep” is a nice preface to the plunge.

TK: This makes me think about allowing your sound to evolve and try new things while staying true to their roots – you can hear their pop-punk anthemic side towards the later half of “Noisecreep.” How do you strike that balance as songwriters?

JH: We don’t feel necessarily pressured into this idea of needing to be the same band we were four years ago. Though I understand the concept of “staying true to your roots,” I feel like that is done by being honest to yourself as a musicians. Young and Heartless as it now stands, in its core, is four contributing creative members that share a collective vision or love for the project that we have created. The way I feel about Stay Away is much different than what I felt about The Pull of Gravity. I think it shows how we’ve matured as a group. More patient builds, creative layers, and the discernment of when not to add more than necessary. As a whole, a more intentional result ensued and I hope it is received as such. We are incredibly proud in what we have created with Stay Away, and to fight our low-key, half awake, pessimistic personalities I think we may even be borderline “stoked” to be putting this record out.

Young and Heartless releases Stay Away this Friday, March 25th, via Hopeless Records; the album can be ordered here. The band plays a free show at Harrisburg Millworks on Sunday, March 27th, with Creepoid, Restorations and The Dirty Nil; more information on that show can be found at Facebook.