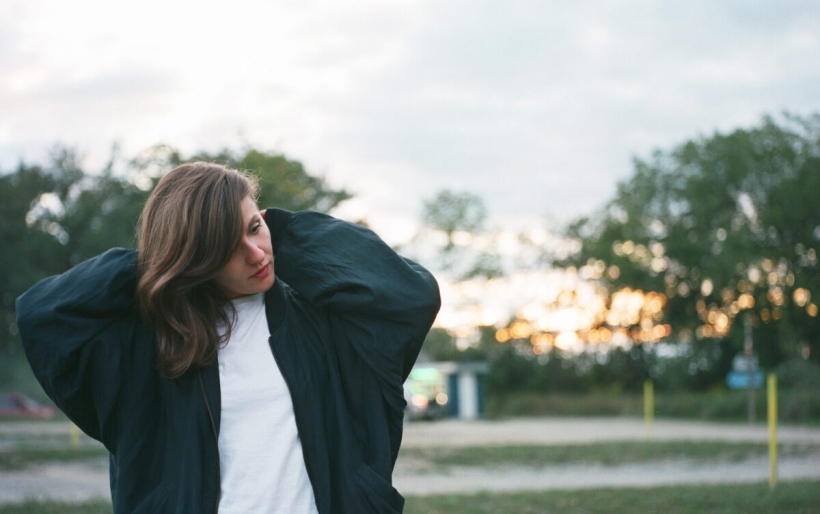 Jessy Lanza | Photo by Hollie Pocsai | courtesy of the artist

Jessy Lanza is a tricky one.  Quietly enigmatic in both her singing voice – a deadpan, whisper-soft coo – and her affectless presence on stage (where she tends to hide behind long, unfussy locks of hair), her appeal is elusive to pinpoint, but equally difficult to shrug off.

Lanza is a producer/vocalist operating at the au courant, increasingly populated intersection of R&B and electronic dance music, which theoretically puts her in the company of acts like Kelela, FKA Twigs and the xx.And her music does share some sonic DNA with those artists, and a similarly sensual, nocturnal, vaguely hallucinogenic mood.But where they all operate with at least broadly recognizable ideas of songcraft, musical structure and how pop/R&B artists (even forward-thinking ones) should behave and present themselves, Lanza’s notions about those kinds of things are almost entirely unique, unpredictable and highly inscrutable.

Vocal-wise, she’s as apt to sample and chop her voice into a stuttering percussive element, or flip a cryptic, half-spoken aside into an improbable, that-shouldn’t-work hook (“fuck diamond…”; “…yeah my Vivica”), as she is to sing anything resembling a conventional chorus.Wait patiently and she might let out a sudden, girlishly excitable swoop, or unleash an airy, stratospheric melisma reminiscent of Mariah at her breathiest.  But, tellingly, the closest she’s come to a straight-ahead R&B joint is probably the beatless, detuned, gloriously odd Caribou team-up “Second Chance,” hardly a conventional offering.

The spectral, disoriented slow jams and sparse, skittering beatscapes of Lanza’s 2013 debut, Pull My Hair Back, could feel like pop songs and/or dance tracks without really acting like either; her second album, Oh No (forthcoming in May on Hyperdub), corrals a similarly oblique, elegantly minimalist mania while upping the kineticism, incorporating touches of ‘80s freestyle (a la her 2015 EP with Morgan Geist as The Galleria), footwork (a recent single with Teklife DJs Spinn and Taso) and South African Shangaan Electro.Both albums were produced in tandem with fellow Hamilton, Ontario native Jeremy Greenspan of Junior Boys, who are also Lanza’s current tourmates – they perform at Union Transfer on March 30th – so those itching for an inkling of what Lanza has in store might glean some clues from the politely demented twitchiness of the Boys’ own recent, handsome return, Big Black Coat.

But the better bet is just to catch Wednesday’s opening set.Who knows, she might even pull that hair back.

Jessy Lanza and Junior Boys perform at Union Transfer on Wednesday, March 30th; for tickets and more information on the show, visit the XPN Concert Calendar.