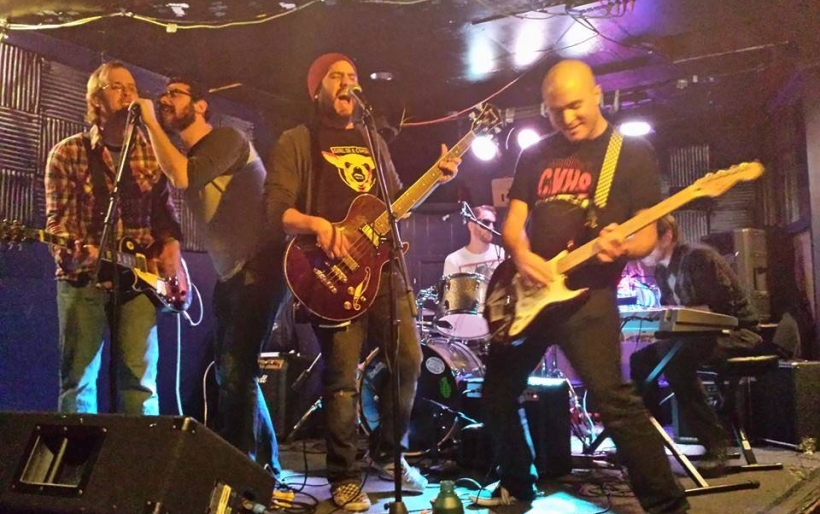 The Late Greats | photo courtesy of the artist

The Late Greats have been dark horses in the Philly music scene for a little bit now, and they recently released their great Kids You Knew EP last October.

In the liner notes of Kids You Knew, the band describes their sound as “the sound of 1976 filtered through the summer of ’96”, which in their case sounds like Pinkerton-era Weezer covering the Buzzcocks or Jonathan Richman and the Modern Lovers. Songs such as “Lost Highway” and “The Night You’ll Always Remember” offer proto-punk energy channeled through reckless rhythms and twin-guitar assaults.

On “Nowhere To Find Me”, vocalist Luke Bauerlein sings “I’m gone, and you’re a hook in a punk rock song”. While the quick 24 minute run time of Kids contains various hooks and singable choruses, the band contains the depth and audacity of indie rock torch bearers such as R.E.M. and The Replacements.

The Late Greats will be performing tracks from their EP along with new songs (they’re currently recording new music at Philadelphia Music Studios which they plan on releasing soon) at Ortlieb’s on Saturday, April 9th, which will be the last time to catch them until after the summer. Also performing will be Gene Wildest, Ridge Summit, and Glitter. Tickets and more information can be found at the XPN Concert Calender.

Listen to Kids You Knew by The Late Greats below.