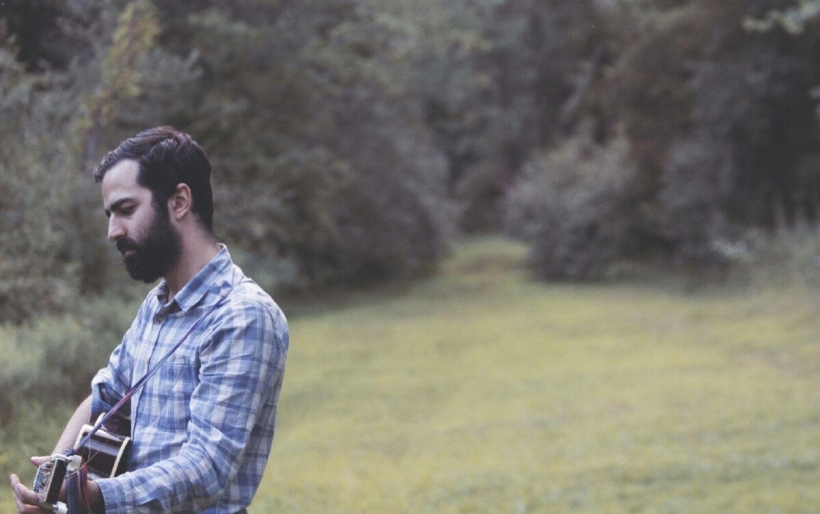 William H. Travis has one of those voices — you know, the kind where it seems like he was destined to become a folk singer from birth. The kind of voice that is instantly familiar, that spans generations.

The singer-songwriter hails from Bethlehem, PA, and is starting to make moves in the regional music scene. A Temple grad, he released his excellent debut album Port in 2013 (it’s available as a free download on Bandcamp; go get it right now, I’ll wait), and is gearing up to release a new EP as well. He just performed his first big show in the Philly region, opening at the Ardmore Music Hall for Steve Kimock on March 18.

On Port, Travis never strays far from his comfort zone of Americana folk. None of these songs will blow you away with unusual intricacies or aggressive new approaches. They’re just simple, emotional, down-to-earth good songs. And that’s not to say that every song on the record is the same, either. Travis, along with his six-man backing band, manages to explore an impressive variety of emotions and textures over the album’s eight tracks — on the album’s first half, Travis seamlessly transfers between the unapologetic, bouncy country jig of “Watchin’ the World” to a crawling, forlorn love song, “Rocks and Gravel.”

Lyrically, there is a rare earnestness to Travis’ writing (think Tobias Jesso Jr.). On “Goodbye Girl,” he sings of a lost relationship (“I’m standing out over the ocean/ wondering what’s all this commotion / you wave goodbye, show no sign of emotion / so goodbye, goodbye, goodbye girl”). It’s a common folk trope, made more interesting thanks to Travis’ clever rhyming.

While he can occasionally slip into some trite lyrics (on “Rocks and Gravel” he sings, “I’ll never forget the times we had/ all the good, and even the bad”), Travis is often saved by his raw emotional delivery. That exact lyric has probably been sung thousands of times, but when Travis sings it, his gravelly voice wobbling ever so slightly, it feels profound and universal.

Maybe the closest comparison to William H. Travis is Deer Tick’s John McCauley when he’s playing with Middle Brother. But at the end of the day, it might be a hopeless exercise to try and find the perfect comparison. That’s sort of the point. The appeal of Travis’ music is that it feels as if it could be sung by anyone – it’s universal. So let’s just call Travis what he is: a guy with a good voice and a guitar.

You can catch Travis perform on April 2 at Godfrey Daniels in Bethlehem.  He’ll also be at Lafayette college for Earth Day on April 22nd and will be at Porters Pub in Easton in April 29th. Check out a video of Travis performing a new song, “In Our Bed,” below.