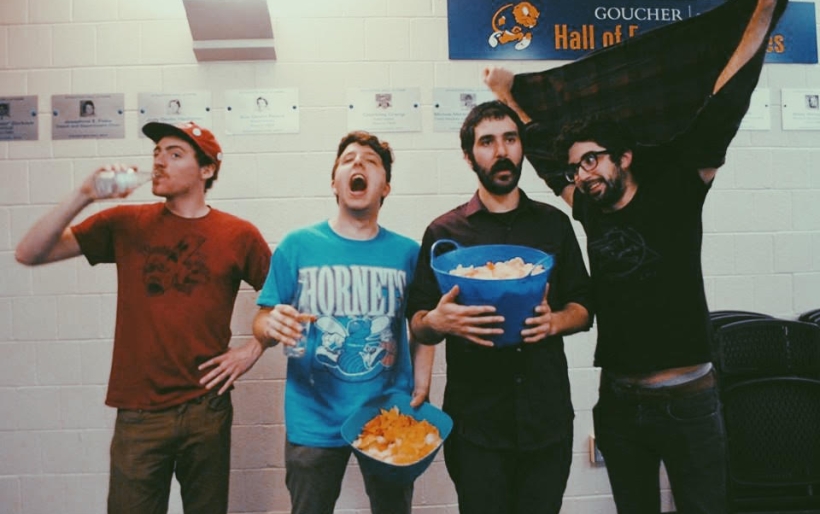 Roof Doctor | photo by Mariel Celentano | courtesy of the artist

PREMIERE: Roof Doctor reinvents the band on the My Band EP

Philly indie scene favorites Roof Doctor are still, pretty much, the same dudes we’ve always known. Minus the departure of founding bassist Sean Reilly and the accompanying juggling of instruments, the four young men you see above are the four young men who, as Temple students in 2012, tried unsuccessfully to initiate a beef with Conor Oberst. (I will never let the band live that down, because it’s freaking hysterical and awesome of them.)

But on 2014’s Mobile Freedom Home LP, Roof Doctor proved that no, they’re not just clever guys with irreverent senses of humor, they’re also intensely accomplished musicians – something fully on display when they recorded a Key Studio Session with us.

So here we are, six years in to the band’s band-hood. Understandably, artists want to start stretching out sonically at that point – you don’t want to be constrained by your Pinback and Modest Mouse revering earliest releases. Enter the new EP My Band, out this week and celebrating its release Friday at Lavender Town. It’s an adventurous showing for the four piece — which, for the record, is comprised of Chet Williams the bassist and sax man, Kevin Paschall the nuanced and intricate drummer, Mark Harper the guitarist-vocalist-lyricist and Alex Stackhouse on the lead guitar.

On the one hand, there’s “Abyssal Plane,” which premiered on Stereogum the other day – it’s an existential musing from the perspective of a jellyfish, and its askew arrangement and quirky pitch-shifted vocals recall of They Might Be Giants as readily as early Phish (think circa Junta). On the tail end of the album, “Trust No One” is a fuzz-punk blast that reminds me of Ween and/or Presidents of the United States of America.

Williams tells me the band recorded My Band over the course of three days at Lansdowne Public Library. “We reached a point with these songs that they were so completely different from what we had done before that we needed to record it in a way we never have before,” he says. “It was basically a weekend long marathon…not in a studio.”

Listen to the results below, and get more information on Friday’s release party at Facebook.