Wither Not: A conversation with Andrew Bird ahead of his Electric Factory gig - WXPN | Vinyl At Heart 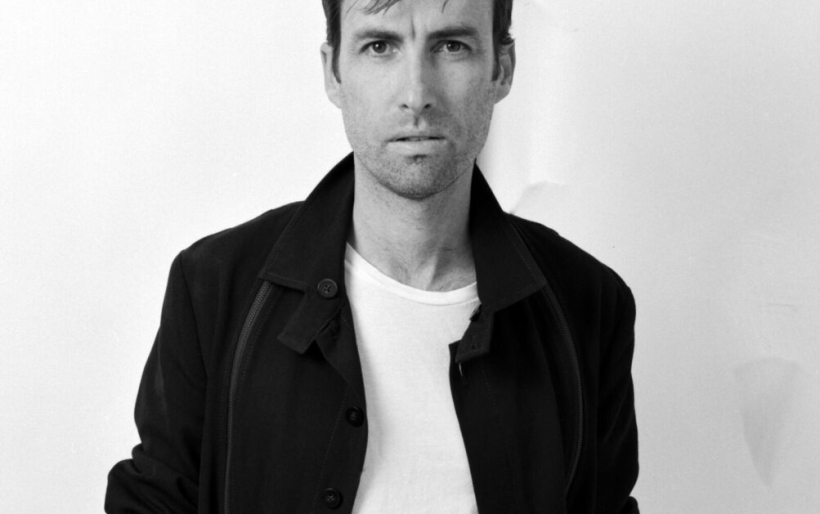 Andrew Bird | Photo by Reuben Cox | courtesy of the artist

Wither Not: A conversation with Andrew Bird ahead of his Electric Factory gig

“Get out your dictionaries,” Andrew Bird instructs us on the title track of Are You Serious, the debonair multi-instrumentalist’s thirteenth-or-so album (it’s difficult to know what counts). It arrives tomorrow, on April Fools Day – yes, seriously – in advance of his appearance at the Electric Factory on Monday.Perhaps a sly callback to a similar line on “Measuring Cups” (from 2005’s landmark The Mysterious Production of Eggs), it’s also just sound advice when dealing this guy, as avid Bird-ers know well; as he muses self-reflexively earlier in the song: “[I] used to be so willfully obtuse – or is the word abstruse?”

On Serious, though, without fully laying off the brainy science references and polysyllabic repartee – check his discursive, meta-romantic exchange with Fiona Apple on the bluesy “Left-Handed Kisses” – Bird offers some of his most plainspoken, disarmingly personal lyrics to date. Significantly, the album comes in the wake of both marriage and the birth of his now four-year-old son.It also features some of his most driving, immediate music in ages, encompassing tense, meaty funk (“Capsized”), Afrobeat inflections (“The New Saint Jude”) and bright, punchy power-pop (the atom-smashing “Puma”) alongside his more typical rustic fiddlings and gypsy-jazz balladry.

Even at its peppiest, Bird’s brand of thoughtful, folksy indie rock isn’t typically the sort of thing that packs venues like the Electric Factory.  Performing solo and (as he does on this tour) with a band, he’s made his name with dazzling violin-work, live looping and uncanny whistling; it’s a subtly spectacular performance style that, for better or worse, benefits greatly from an intimate setting. When Key editor John Vettese caught up with him on the phone from a Nashville tour stop this week, Bird discussed the contrast of performing in big rooms versus small spaces, feelings of being on display in performance and writing, and how a virtuosic output keeps his chops from withering. He also reflected on his beginnings with the Music of Hair LP, which turns 20 this year.

Read the interview below and listen to Are You Serious in full via NPR Music. -K. Ross Hoffman.

Andrew Bird: Well, I go through periods where I seek to combine the experimental and the restraint of writing a good pop song. Break It Yourself, I saw that album as trying to bring the two together. But I always make sure I have these other outlets too. It’s not a fear, but I want to make sure I’m not letting parts of myself wither, not being exercised, you know? Playing solo in a more searching, long-form, experimental [style] satisfies me in a way, playing simple old-time music satisfies me in a way, playing a very well-put-together pop song satisfies me in a way – the latter being the hardest of all those to do.

JV: With Are You Serious in particular, did you feel the need for a bit of a breather, with the previous pop release being a double release?

AB: Yeah, for sure. We moved a cross the country. I had to get re-acclimated. I was putting down roots for the first time and that took a lot of energy. But when I have these projects, often times home improvement type things that involve menial tasks, that’s when new ideas start flooding in. I definitely needed that time. I need more time between touring cycles to live, and try to be somewhat normal. But then that’s a long time to not exercise certain things. And those releases are fun because there are not a whole lot of expectations around them, and I figure some things out while I’m working on those that help me on out the next record. But to that end, I’ve been trying to close the gap between the live thing and the studio thing. I always feel like I’m not doing what I’m capable of in the studio. Not nailing it in the studio is what keeps me going, determining to get there.

AB: Yeah. The album might be on its last legs, but maybe this is my last ditch attempt to give it everything I have as far as the art form of the full album. You know, there’s a period of time between 1966 and – I don’t know when it ends, when the album stopped being a thing. But before that was the single, and we’re back to singles. It’s part of a cycle. I don’t think there’s any reason why the album is the album is the ultimate peak of musical expression or something.

But there are those songs like that, and everyone’s looking for a single. It’s never been that intent with me, I’ve never had a major label saying there needs to be a single. But as a listener, I do understand that need for something to look for – I get it. But then again, I’ve never had anyone yelling out the same song at every show. Which is a blessing – one of the upsides of obscurity, I suppose.

This record, I feel like instead of just one [single], there’s maybe five. There’s almost too many to choose from. That’s the idea. I wanted to get a whole record of those. The problem is those singles can be burdened by expectations and they get whipped to death in the studio – by the time you get on stage, you’re like oh man, I could not have made this harder to enjoy. That’s not the case with “Capsized,” though. I’ve been performing that song, in some form, for the past twelve years. It’s well-tested. If I’m not enjoying that, it’s on me.

JV: There’s been a lot of talk about how personal the new album is. But had I listened to it without that information in hand, it would feel to me like a collection of narrative and observational stories – it’s not personal in the “this is Andrew Bird’s journal” sense, there seems to be more “you” and “they” versus “I.” Why do you think you still maintain that bit of distance, even when you are writing from a more personal place?

AB: I do it for various reasons, sometimes to protect the innocent. It’s kind of the way I was raised. Saying “I feel this, these are my feelings,” through song is always seemed a bit distasteful to me. The title of this record is kind of poking fun at that.

There is more first person on the album, but there’s a self-awareness about it. “Roma Fade” starts in third person, then switches to first. “Left Handed Kisses” talks about risking more, and how you need to put more skin in the game. Both are a challenge that it ends up in the song.

I started doing that with Weather Systems – songs where I would incorporate my own personal commentary into what I was writing. My moment of “you can’t write this, schmuck.” Once I started doing that, there was a new kind of connection people were making. But I was talking to a friend about my apprehensions with this record being personal – and she said people are going to apply to their own lives and not assume it’s autobiographical. Or, maybe they like to assume it is, and maybe they’re wrong. It’s tricky territory.

JV: The tour you’re on brings you to the Electric Factory in Philly, a pretty big space. Could you contrast playing those bigger rooms with a full band versus doing a more intimate, solo show?

AB: Electric Factory still feels like a rock club. I’ve played there before – people are not in their seats, it’s not like you’re being observed as you’re going through these gesticulations. It’s more of a physical room, I guess you could say. Every four or five shows, if we play a sweaty black box rock club, it’s good for morale for the band. You’re close together, everybody’s sharing in this sweaty, humid experience. I really miss that. But I like playing theaters that have interesting acoustics, you can kind of get off on the sound of your own instrument. But they all have their ups and downs. If I do too many rock clubs, it starts to feel ham-fisted. If I do too many theaters, I start to feel a bit like I’m on display. So a good mix – I like having to adapt and change, and play to the room.

JV: Your debut record, Music of Hair, turns 20 years old this year. Has that milestone sparked any reflective moments for you?

AB: I hadn’t noted that anniversary at all! That seems about right. There are moments where I’ve been somewhat reflective. I’m not really in that mood right now. But When I do hear those [older] records, that one in particular, I’m always pleasantly surprised. It started out as an independent study project in college; I made a class out of making a record. And I had a professor who was cool, making sure I wasn’t totally off track. But I structured it kind of like a – I mean, I didn’t know what being a musician was going to be when I started making that record. When you’re in college, you’re still thinking how am I going to make a living doing this. You haven’t quite had the humiliation of doing wedding gigs and Renaissance Faire gigs yet, the dregs of starting to scrape a living together. I still think of [Music of Hair] as a job interview: “here’s what I can do, guys!” It led me into weird corners – the record divided into three parts: “I can do this, this and this” – I was in such a weird phase of my learning and creating that there are some odd pieces of music in there. When I hear it, I hear the ambition of it, and a little bit of “take it easy.” But they always sound better than my own memory is telling me.

Andrew Bird and Boogarins perform at the Electric Factory on Monday, April 4th – and Ross highly recommends you arrive early for Boogarins, who blew him away at a recent SXSW. Tickets and more information on the show can be found at the XPN Concert Calendar.