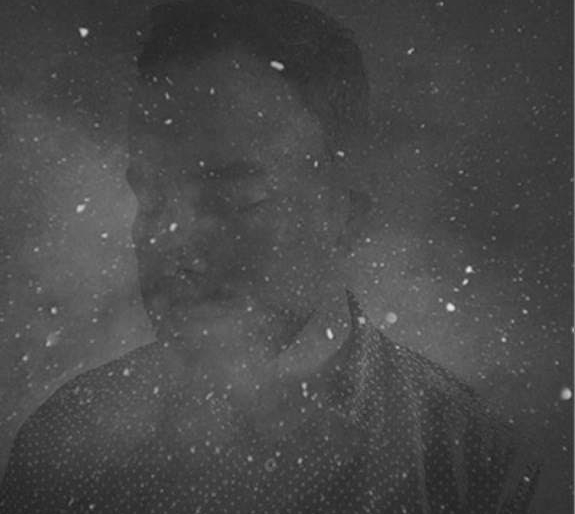 Meet starry-eyed singer-songwriter Josh Nussbaum, see him at Bourbon and Branch on Sunday

On Josh Nussbaum‘s bandcamp, his music is tagged as “space twang.” Take that as you will, but his minimalist take on folk music and psychedelia is both fresh and modern. He released his first EP, titled What Already Is, back in January, and he’ll be playing this Sunday at Bourbon and Branch.

Nussbaum jumps back and forth between Ryan Adams and Sufjan, like on the careful panderings of “Chance to Dream, Insanity” or the slide-guitar and harmonica of “Just Fine.” He follows in the footsteps of both lonely cabin dwellers and countryside travelers. If Jason Isbell had studied classical guitar and Bon Iver-ed himself to a shack by the ocean, you would have Josh Nussbaum.

There is also an element of experimentation in What Already Is, evident on the spoken word intro recording to the windswept “End.” EP closer “Look Back” is a masterclass in storytelling where Nussbaum discusses issues such as heavy drinking and familial arguments. His music reflects off of satellites and echoes right back down to Earth.

Nussbaum will be performing at Bourbon and Branch this Sunday along with James Dunkenfield and Brett Harris. This will be his first show since releasing What Already Is. For tickets and more information, check out the XPN Concert Calender.

Listen to Josh Nussbaum’s What Already Is below.