A Brief History of Modern Baseball: Watch the band's Tripping in the Dark doc - WXPN | Vinyl At Heart 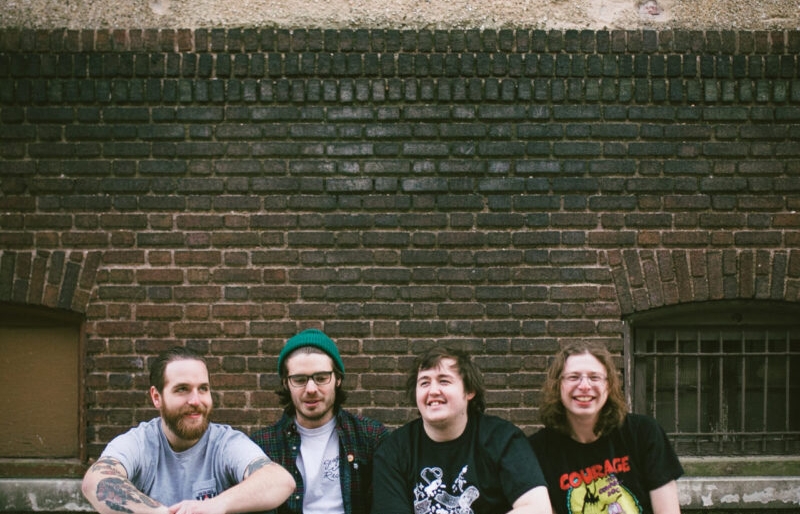 Modern Baseball | Photo by Jessica Flynn | courtesy of the artist

A Brief History of Modern Baseball: Watch the band’s Tripping in the Dark doc

With their new album Holy Ghost on the horizon, Philly rock four-piece Modern Baseball has some catching up to do with fans new and old. So they made a documentary.

The 18-minute short, Tripping in the Dark, was directed by Kyle Thrash, shot by Johnny A Komar and edited by Caitlin Carr – it has a bit of a kitschy TV special feel to it, with voice actor Rick Lance narrating the band’s back-story and a Freaks and Geeks sendup on the opening credits. But it also has a lot of heart, as co-songwriters Jake Ewald and Brendan Lukens get remarkably candid about the respective personal struggles that fueled the new album.

For Ewald, it was the death of his grandfather, someone he describes in the interview as a force holding his family together. For Lukens, it was an intense bout with depression that had him contemplating suicide on a rooftop last summer. Both songwriters are in a better place now, and Lukens has since spoken out in the Modern Baseball fan community about mental health issues and how there’s no shame in getting help.

It’s a powerful short that gives a lot of insight into the inner workings of band life, and life-life. Watch it below, and listen to two songs from Holy Ghost, which comes out May 13th on Run For Cover Records. Modern Baseball plays an in-store at Long in the Tooth on May 12th, then headlines The Fillmore on Sunday, June 26th; tickets and more information on the show can be found at the XPN Concert Calendar.