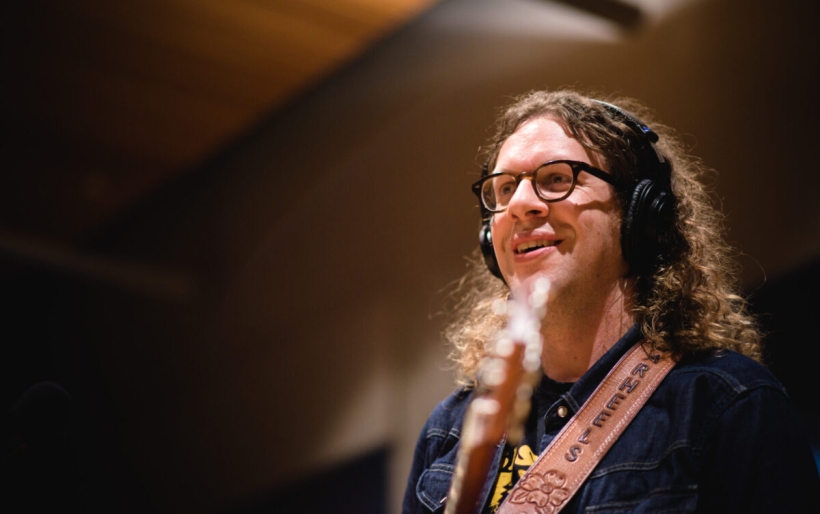 Phil Cook performs in The Current studio | Photo by Nate Ryan / 89.3 The Current

Watch Phil Cook cover Charlie Parr at The Current, see him at Boot and Saddle tonight

Phil Cook has been around the block a bit. He got his start in Justin Vernon’s first band, DeYarmond Edison, and went on to perform with Megafaun and Gayngs. He’s also a frequent collaborator, as we see in his role of The Happiest Lead Guitar Playing Dude Ever in Hiss Golden Messenger’s 2014 World Cafe Session. (He also recorded with Hiss on the Cafe’s recent visit to Durham, NC – listen for it later this month.)

Last year, Cook released Southland Mission, his second solo album and an admirable blend of psychedelic twang and more traditional roots rock. Both sides of that coin can be heard in his cover of “1922” by Duluth, MN singer-songwriter Carlie Parr – a song he recently performed live during a stop at The Twin Cities’ radio station The Current. Watch video of the cover below, listen to Cook’s World Cafe session and see him play Philly tonight at Boot and Saddle. Tickets and more information on the show can be found at the XPN Concert Calendar.