Watch Clique record an album in the video for "Top Field" 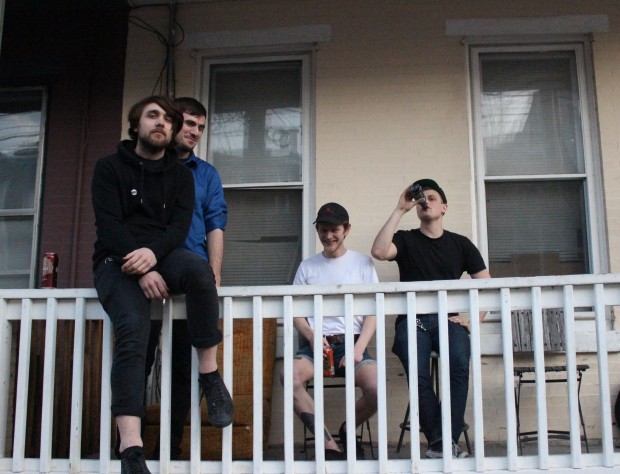 Watch Clique record an album in the video for “Top Field”

At the end of 2014, local outfit Clique shared a debut self-titled EP that was a pretty instant hit around town. Now the four-piece is readying a follow-up full-length called Burden Piece, set for release on May 27th via Topshelf Records. Impose Magazine shared a premiere of LP cut “Top Field” earlier this week, which comes with a video you can check out below.

The band returned to Headroom for this venture (though in the time between their first albumand Burden Piece, Headroom moved from its little corner of a Fishtown warehouse called Big Mama’s to roomier digs in Kensington), with bassist Travis Arterburn putting on the producer hat again.

The clip gives us a voyeuristic look at how they went about making the record – we see them having productive moments in front of some mics and amps, then unwinding with friends and hoagies and eventually giving in to the inevitable need for sleep.

Watch “Top Field” below and learn more about the band here. Clique play Kung Fu Necktie with Solids, Stove and The Spirit of the Beehive on May 7th.