Watch My Son Bison perform "Stable Places" in the woods 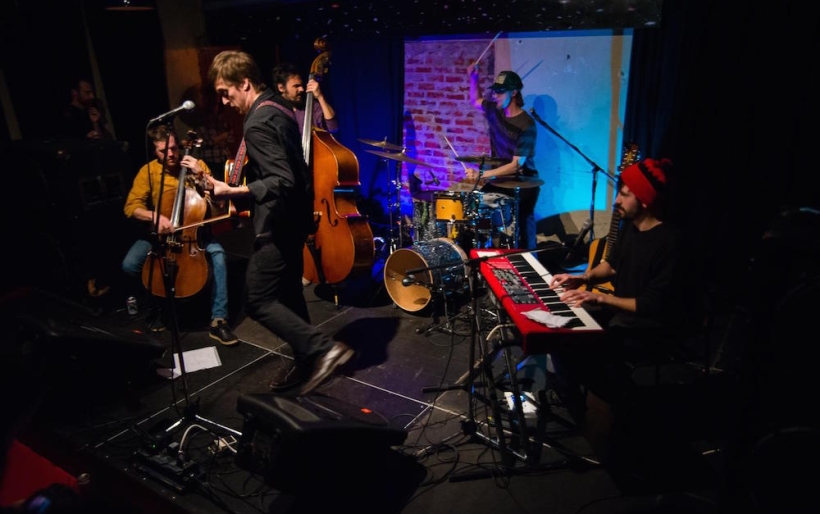 My Son Bison | photo by Mikhail Bezruchko | courtesy of the artist

Watch My Son Bison perform “Stable Places” in the woods

What happened to My Son Bison last year is something that all bands probably fear:  they lost all of the files to their newly recorded album in a “digital disaster” and had start at the beginning. Luckily they pushed through that tedious task and will be releasing Two Faces and a Vase later this summer. In the meantime, they’ve been touring and filming some spontaneous live videos, like the one for “Stable Places” below.

The clip was filmed in the woods of Williamsburg, VA while the Philly band was on tour and features some surprisingly in-key tweeting from nearby birds. There’s an early Akron / Family feel to the vocals and lightly brushed drums, while the guitar and Nord keyboard lend a jazzy depth.

My Son Bison play Bourbon & Branch on Friday with Wilder Maker, Hello Shark and Dear Friend. Tickets and information for the 21+ show can be found here; check out “Stable Places” below.