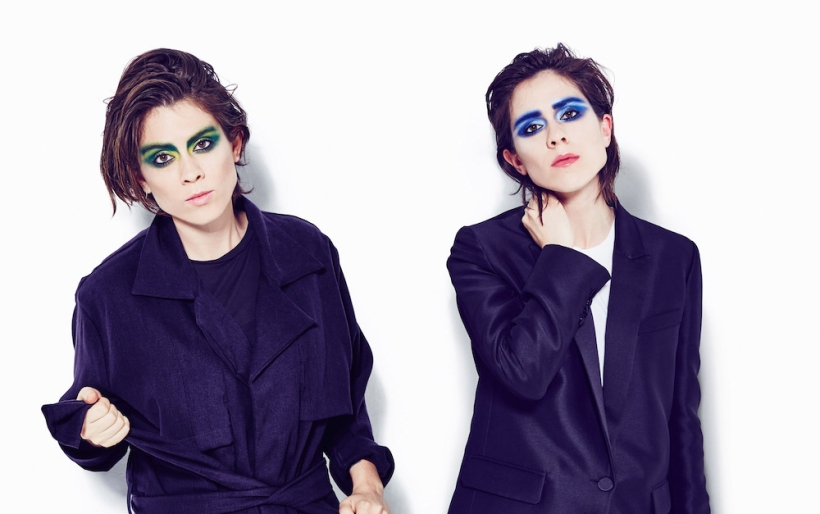 Tegan and Sara | photo courtesy of the artist

Canadian duo Tegan and Sara premiered two songs from their forthcoming LP Love You to Death last week, sharing “Boyfriend” with Beats1 (via Pitchfork) and “U-Turn” with Consequence of Sound. The synth-driven tracks call back to classic pop icons like Madonna and Kylie Minogue and deal with equally classic relationship situations.

“U-Turn” is a self-aware love song inspired by the experience of meeting someone who encourages you to become a better person, while “Boyfriend” draws on a real-life relationship Sara was in. She tells Beats1:

It’s a pretty straightforward pop song about a relationship that I was getting into with a girl who had never dated a girl before. She had a guy that she was sort of seeing, and we used to joke around that she was treating me like her boyfriend, and I was trying to get her to tie it down. I wanted her to make it official with me. And I think that’s pretty relatable: obviously, being gay, the sort of gender twist in the song. I get that that sometimes doesn’t seem immediately relatable to everybody, whether they’re straight or whatever. But [it’s] this idea that we’ve all been in that situation where we really like someone and we want to make it official, and they’re not ready.

Listen to “Boyfriend” below and “U-Turn” here. Love You to Death is out June 3rd.