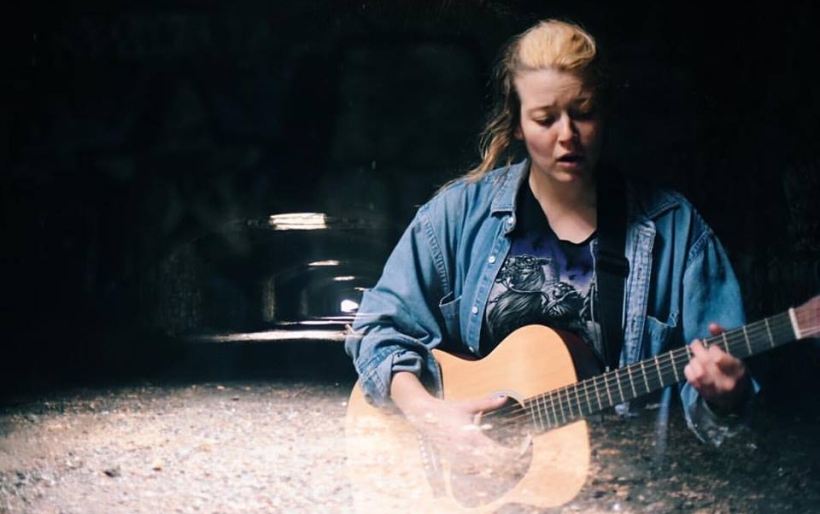 Abi Reimold | photo by Em Dubin | courtesy of the artist

By Tyler Asay
April 13, 2016
10:04 AM
Share
Abi Reimold | photo by Emily Dubin | thedubyscoop.comcourtesy of the artist

Brooklyn Vegan recently began a series of acoustic sessions with up-and-coming artists (they had Evan Stephens Hall of Pinegrove on last week) and the latest entry in the series is Philly’s own Abi Reimold.

Brooklyn Vegan met with Reimold here in Philly to film her performing her song “Arranged” in one of her favorite spots along the viaduct. The calming trickle of rain (don’t get that nice Martin guitar wet, Abi!) accompanies her throughout the Wriggling track while her plaintive vocals echo and bounce off the damp, graffiti-ed walls.

Reimold will be bringing songs from Wriggling for a record release party at Johnny Brenda’s on April 28th, where she will be performing in a full band setting. Also performing at the show will be Loose Tooth, Jacqueline Constance, and Sarah M. For tickets and more information, follow the link to the XPN Concert Calendar.

Watch Abi Reimold perform “Arranged” for Brooklyn Vegan and check out the poster for her record release show below.