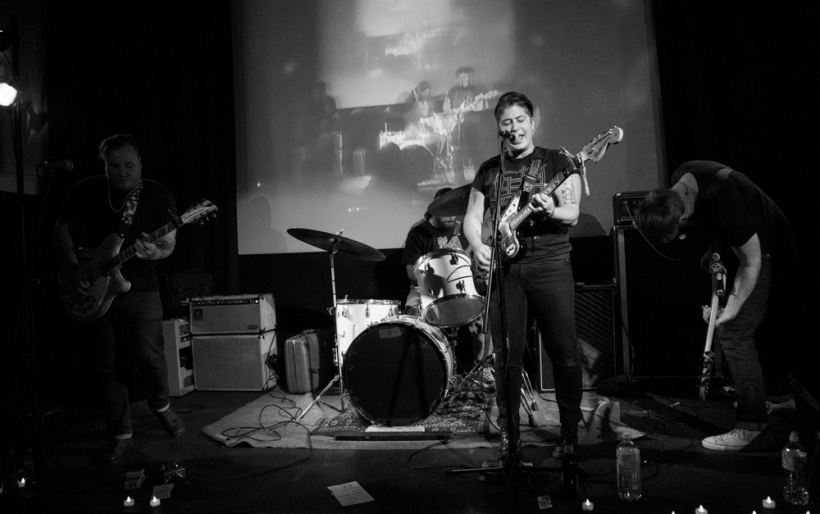 Listen to the new Thin Lips single, “My Mouth Is Skinned Like An Apple”

Philly pop-punks Thin Lips will be releasing their debut full-length Riff Hard on May 20th via Lame-O Records, and today they shared the album’s newest single, “My Mouth Is Skinned Like An Apple.”

Vocalist Chrissy Tashjian sings honest and confessional lyrics such as “I won’t settle for anything less” and “Cut me loose from your memory” over guitars and drums that sound like a gritty and off-kilter Jimmy Eat World. The band previously shared the single “Never Again” and its accompanying music video.

Thin Lips are go on tour later this year with Modern Baseball and Joyce Manor, and they’ll be returning to Philly to play the Fillmore on June 23rd. For tickets and more information for that show, check out the XPN Concert Calendar.

Listen to the new Thin Lips single over at AV Club.