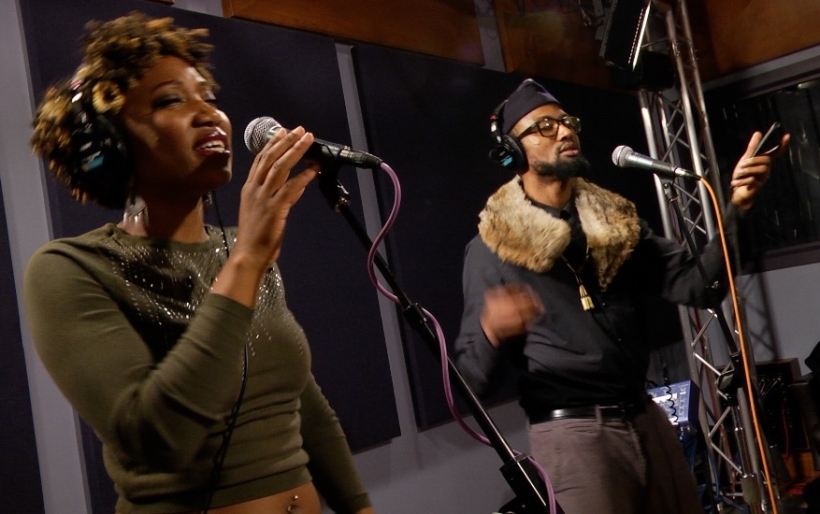 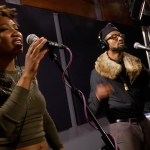 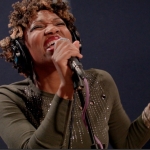 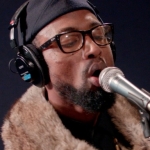 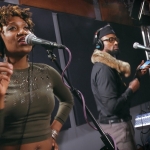 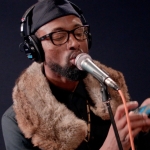 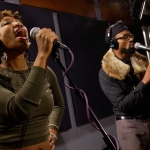 Hezekiah Davis spent a decade building his name as a relentless player in Philadelphia’s hip-hop community. He earned a rep as a charismatic, engaging stage presence and honed his skill for thought-provoking, observational lyrics met with driving beats (“Put Your Toys Away” from his 2005 debut Hurry Up And Wait is pretty classic). But like most passionate consumers of music, Hezekiah’s tastes aren’t constrained to a single sound.

Enter Johnny Popcorn, the project and persona he’s immersed himself in of late. On the surface, it’s rock and roll, but defining the band by genre sort of defeats the point, since Hezekiah and co front-person Jani Coral dip and dive across an exploration of various styles and vibes. The set recorded with us for The Key Studio Sessions leads off with “Go Go Go,” a punchy jam rooted in lively call-and-response funk, while the yearning “Fall” has Coral crooning like a 70s singer-songwriter about that moment with casual reckless fun blossoms into love.

“Emancipation” has Hezekiah reflecting on the opposite side of the coin, a breakup ballad set to a southwestern groove and surprisingly bright harmonies. And then there’s “Follow Through,” an atmospheric club-pop anthem that’s all about joy and living life to the fullest.

As you can see in the video below, Hezekiah and Jani are both characters. The former is clad in stylish militaristic garb, occasionally given to hollering vocals through a drill sergeant’s megaphone; the charisma he picked up as an MC is clearly intact. Meanwhile, the latter is a glammed-up nightlife star with a powerful voice and breathtaking sense of restraint.

Backing them are Lloyd Alexander on guitar, Freshie on bass, and drummer Clayton Crothers. Get to know them by watching them perform “Follow Through,” listening to the session and grabbing a free download at our Soundcloud page. For more, keep tabs on their Facebook to stay informed about when Johnny Popcorn takes to the Philly stage next.