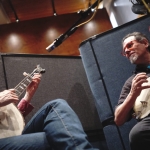 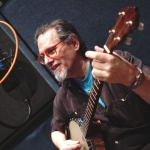 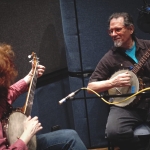 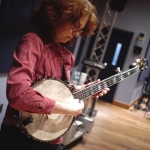 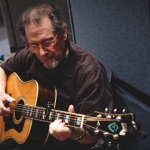 Guitarist Glenn Jones is a master of his craft. From his days in the post-rock outfit Cul de Sac to his more recent meditative solo albums, Jones has solidified his place in the pantheon of American Primitivism greats. Jones’ longtime label Thrill Jockey Records concisely defines American Primitive Guitar as “a style invented in the late 1950s by John Fahey, whose traditional fingerpicking techniques and wide-ranging influences were used to create modern original compositions.”

Many, many pickers and strummers are lumped into this genre – well-known legends like Leo Kottke, Peter Lang, Robbie Basho, and Jim O’Rourke, as well as more contemporary folks like William Tyler, Daniel Bachman, Marisa Anderson, and the late Philadelphian Jack Rose. This is to say that like the term “rock-and-roll,” it isn’t very descriptive, and the casual listener might be hard pressed to accurately explain difference between one six stringer and another. But I think a kind of eureka moment happens when listening to this style of playing – when first entering this world, you might just hear plucking and strumming, maybe a melody that devolves into improvisation, backing instrumentation or perhaps just a solo take, a repeated phrase here and there. But then as you start to spend more time with this material, with these artists, you begin to hear the magnitudes of difference between someone like Robbie Basho and his mystical and spiritual leanings and Jack Rose and his rough-and-tumble, every-man compositions.

This music is very personal – it feels like a direct link into the creative centers of the performer. Some performers harness their emotions, some work with math and logic, others are inspired by their surroundings, some by history & tradition. Why I call Glenn Jones a master of his craft is because I believe he translates the natural world into guitar music better than anyone else. You listen to Jones and you hear him channeling the wind through ferns, a waterfall in the distance, a catchy birdsong. I find it flowing with power and passion, but it is also instilled with focus and direction to create a dynamic story. But what really keeps me coming back to Jones’ music is his supreme understanding of melodic phrasing and the joy it can bring to the listener.

Glenn Jones has just released another fantastic album Fleeting with frequent collaborator and Philadelphian musician Laura Baird. They will be celebrating the release of the album with a free concert tonight, Friday April 15th, in collaboration with Bowerbird Concerts at the Rotunda in Philly. More details can be found here.