Slip into the thoughts of Solomon Thorne in "Notes" 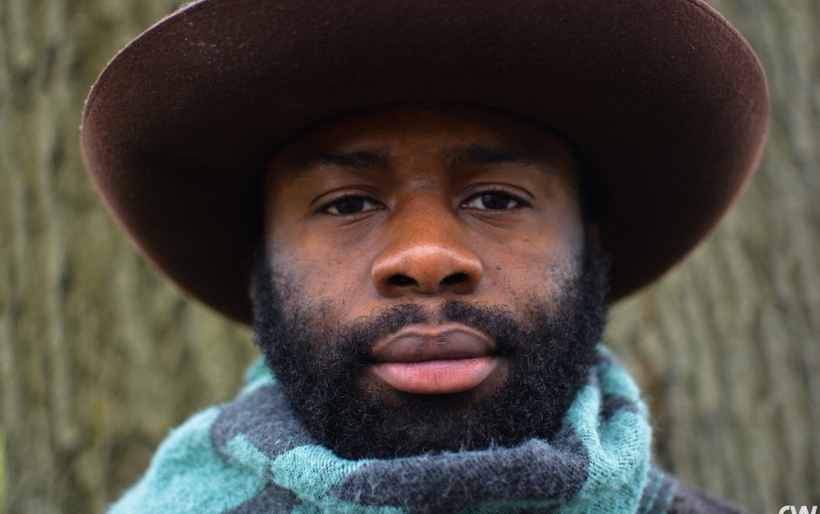 Solomon Thorne | photo by Calvin Woodruff | courtesy of the artist

Slip into the thoughts of Solomon Thorne in “Notes”

The springtime snow shower that hit Philadelphia a few weeks ago was not welcomed by many people, but it did create some peaceful environments if you were in the right place. Singer Solomon Thorne and guitarist Joey Catrambone found that peaceful place along the banks of the Schuylkill at FDR Park and filmed a beautifully improvised song.

Captured by Cal Woodruff, Catrambone strums and picks thoughtfully at his acoustic guitar as Thorne creates a lyrical story from notes he’s written on his phone. Birds are chirping, a breeze is blowing and there’s a distant hum of the cars on the nearby highway; it’s a meditative performance of an intriguing songwriting idea. Via email Thorne tells us:

I write poetry in my notes and then turn the poems into songs. The idea for singing my notes came from me not remembering the words to the poetry that I write. That unfolded the idea of not just singing the poetry but singing the other notes that were there. For example, I would go from singing poetry like “they are all speaking their souls” to a reminder to myself to do a show on Periscope called “Singing/Talking” (which I’m still going to do but on Facebook using the Periscope technology).

Watch the clip below. Thorne performs tonight at Tabu Lounge for the weekly Songbird competition; more information can be found here.