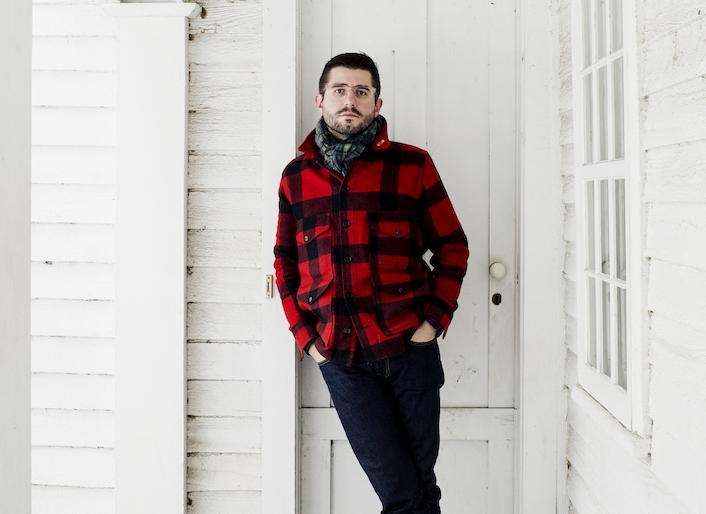 Evan Weiss of Into It. Over It. | photo by Cameron Witting | courtesy of the artist

Five Philly bands that made Evan Weiss of Into It. Over It. want to make music

Over the past several years, Chicago indie rocker Evan Weiss has made a solid name for himself with the emo-tinged outfit Into It. Over It. The band tours relentlessly – a current run of dates is under way in support of Standards, its excellent third LP – and it has amassed a devoted fan base across the country and internationally. But before he planted roots in the midwest, Weiss grew up locally, finding inspiration in the regional music community from his Cherry Hill, NJ vantage point and playing in The Progress.

This Sunday night, II.OI. returns to Weiss’ old stomping grounds to headline the famed TLA on South Street with The World Is A Beautiful Place & I Am No Longer Afraid To Die, The Sidekicks and Pinegrove. Ahead of the show, I asked Weiss to reflect on the music from the Philly region that inspired him. Here’s what he had to say.

1. Up Up Down Down Left Right Left Right BA Start. My first favorite local band. Although I joined for a small period toward the end, Steve’s songwriting and influence on my writing was massive.

2. Pattern Is Movement. A band I wish I got to see more often in the last few years they existed. I still am not sure how they made the music they did. Some next level compositions.

3. Ink & Dagger. The first band I think of when I think of Philadelphia. The greatest punk band of my generation.

4. Corrado. Some friends of mine formed a very short lived but excellent instrumental band. Only played a handful of shows and had a live cassette, but this band had a few of my favorite local guitar players. Does anyone have that tape?? Put that thing online!

5. Algernon Cadwallader. This band existed for years before anyone outside Philadelphia was paying attention. The guys were always hip to the same stuff The Progress was hip to. We played dozens of shows together wether it was AC or their older band Halfway To Holland. It was exciting to watch the band grow and exist before their style became so imitated and popular.

Into It. Over It. plays The TLA on Sunday, April 24th; tickets are still available, more information on the show can be found at the XPN Concert Calendar.