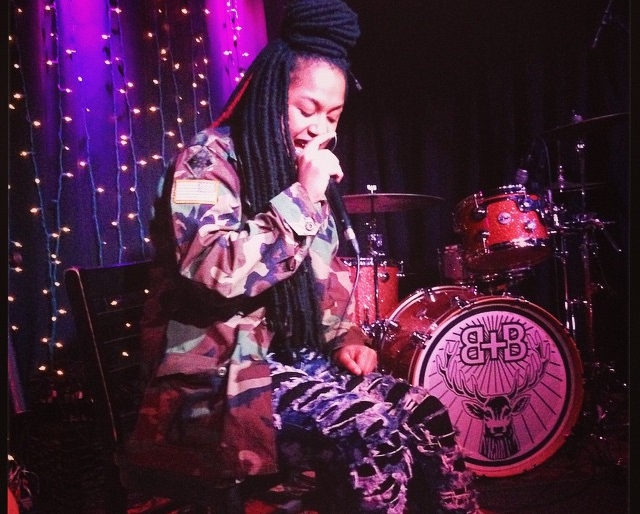 When we first heard Philly’s Jacqueline Constance, it was the clever and soulful mixtape The Jacqueline Show that got our attention. But see her play live and you’ll realize that it’s only one part of the puzzle. Onstage, the Philadelphia singer and sound artist mixes her own originals with covers of anyone from Sylvan Esso to Jazmine Sullivan — and the only accompaniment is her voice.

Over the past year and change, Constance has honed her craft as a live looping artist via her YouTube channel, and her latest tackles the title track from Beyonce’s much-discussed new visual album Lemonade. Shot, as all her videos are, in a bedroom, Constance lays down a mediative blanket of hums and beats that goes on to intertwine words and melodies from “Pray You Catch Me (Lemonade)” and “XO” from Beyonce’s self-titled 2013 album.

Give it a watch below, and see Jacqueline Constance live at Johnny Brenda’s this Thursday, April 28th when she opens the show for Abi Reimold’s album release party. Tickets and more information can be found at the XPN Concert Calendar.