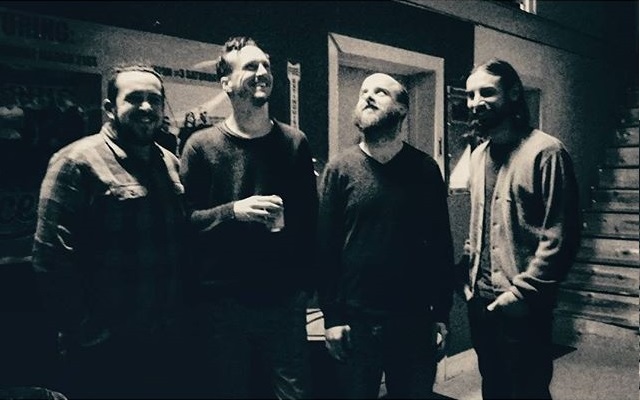 Psychedelic pop band Mock Suns released their debut album Stay True back in March, and they shared their new music video for the song “Here From Your Rooftop” recently via Northern Transmissions.

This is the third music video that the Suns have shared from Stay True, the first two being “Friday Night” and “Nothing Good Comes About Being Out At This Hour”. Themes from previous videos and the album itself include loss of childhood and growing up, and these themes are continued on their video for “Up From Your Rooftop.”

The video, which was directed by band member Greg Puglese, shows another band member Matt Giordano as he explores the wilderness in search of childhood memories. The video is dedicated to the memory of “those whose youth was cut too short.”

You can read Kate Bracaglia’s feature on the band for The Key here. The band plays twice next month – at Stage on Herr in Central PA on May 14th, and World Cafe Live on May 26th. More information on both can be found at the XPN Concert Calendar. Watch the video for Mock Suns’ “Here From Your Rooftop” below.