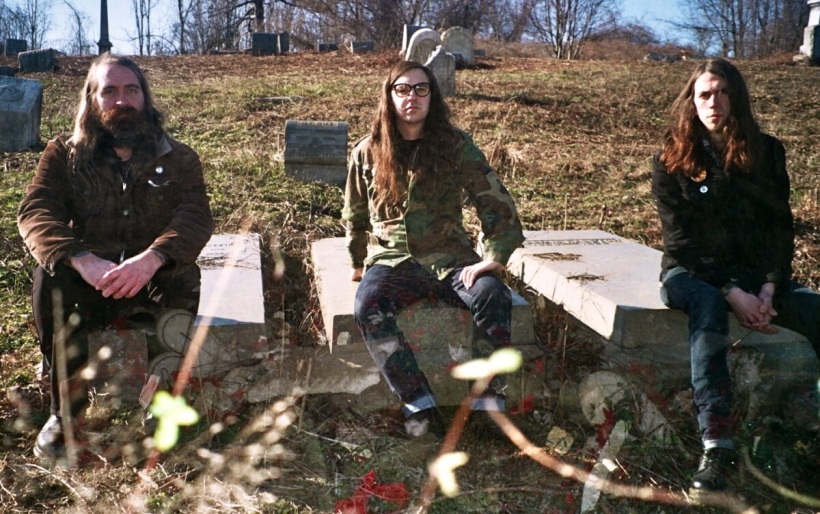 HOUND | Photo courtesy of the artist

PREMIERE: Party with HOUND, disturbingly, in the “Emotional Collapse” video

If you’re not already tuned in to rifftastic Philly trio HOUND, here are a few things you should know: they’re incredibly loud. They’re incredibly fun. And they’re unapologetic weirdos. Those three things collide in the best way on the new video for “Emotional Collapse,” a song from their LP Out of Space – released last winter on SRA Records.

The theme is a bright and boisterous birthday party for singer / guitarist / frontman Perry Shall, and a ton of his friends are in attendance: Jake from Golden Tea House, Carolyn Haynes from Ghost Gum, Jarrett Dougherty from Screaming Females, Emily Burtner from Marge. Plus his own bandmates Chris Wilson (drums) and Pat Hickey (bass).

It’s super colorful, everybody’s having a great time and singing along – even when Perry starts opening gifts that run the gamut from a dead fish to a severed hand flipping the bird to used cat litter. He’s positively stoked about all the disturbing presents, and tells us the video is simply a celebration of how he genuinely likes gross stuff.

I’ve known Mike Simpson and John Nunn for about 10 years or more from playing in punk bands in Philly. We met when we were probably 18 or something. Since then they’ve been working on shows and movies and stuff. I had this concept for this video and about a week before we were going to shoot, I asked if they’d be able to help because I basically realized I don’t have great equipment or enough hands to do it without them haha.

I honestly can’t believe I almost did it without them now because they did such a crazy job. Totally exceeded my expectations of what this video could be.

Watch the video for “Emotional Collapse” below, listen to Out of Spaceat Bandcamp, and see HOUND tonight at Underground Arts., when they open the show for Mutoid Man. Tickets and more information can be found at the XPN Concert Calendar.