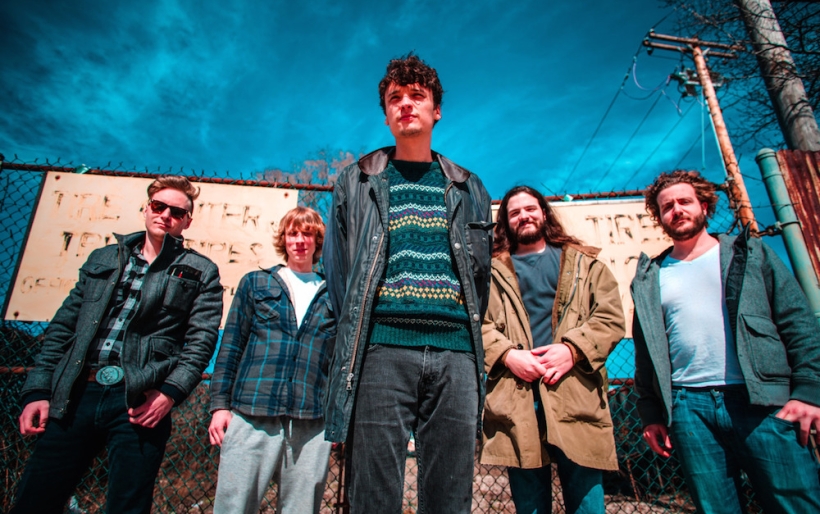 Elison Jackson | photo by Jimi Patterson | courtesy of the artist

Connecticut psych / folk outfit Elison Jackson are slowly but surely migrating down to Philadelphia. Frontman Sam Perduta moved here in December, and though he’s been playing mostly solo acoustic shows around town we’ll get to meet his full band on May 5th when they release their Silver Sounds: Hallucinations EP. Today we have the premiere of EP cut “Ghost F*cker,” an hypnotic track that’s been in the band’s back pocket for a few years.

It wakes up quietly, with a lone guitar and downtempo, heavy drums. A deep hum feeds in as Perduta begins telling a story about a pair of ghosts, and the instrumentals build slowly around the lyrics before erupting into a distortion-soaked jam during the final third.

Though Elison Jackson is fairly new to Philadelphia, they’ve been playing together since 2010 and have been working on “Ghost F*cker” for a good chunk of that time. Perduta gave us some song history over email:

‘The Ghost Song (Ghost F*cker)’ is a song that’s been in Elison Jackson’s live set for a couple of years, but was difficult to record.  It started as an acoustic blues, written around 2013 in New Haven, CT, but quickly was fleshed out into more of a prog/ psychedelic rock song. There’s another version, recorded in New York City, which never got finished that featured an older lineup, with a different drummer and lead guitarist.  This version was recorded in Hartford, Connecticut in the summer of 2015 by our friend Floyd Kellogg of the indie-rock band Violent Mae, and features Elison Jackson’s current lineup. The song is a love story between two ghosts.

Silver Sounds: Hallucinations EP will be released at Ortlieb’s on May 5th with The Simple Pleasure, TOYZ and Hanging Hills; tickets and information can be found here. Listen to “Ghost F*cker” below.