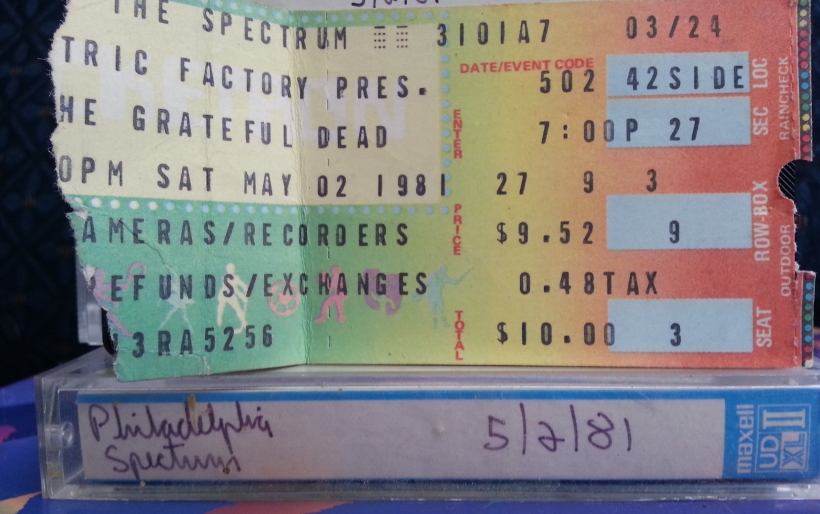 The early 80’s were a strange period for The Grateful Dead: they had already released the bulk of their best material, Brent Mydland had just joined the band on keyboards after the departure of the Godchauxs, and Jerry’s drug use was spiking. However, these unearthed concert recordings from the Dead’s performance at the Spectrum in 1981 prove that the band still had their stuff together and more.

35 years to the day after the show and the recordings still sound fresh as ever. Jerry’s drunk guitar solo on “Sugaree” takes on a life of its own, the band catches a steady groove on a cover of “Not Fade Away,” and classics such as “I Know You Rider” and “Terrapin Station” sound as good as ever.

The Grateful Dead has been in the media a lot recently, from Dead and Company touring with John Mayer (they play BB&T Pavilion on June 20th) to The National‘s tribute compilation, Day Of The Dead, featuring tons of modern artists such as The War On Drugs and Courtney Barnett paying tribute to the band. Their music will continue to float through the air and hearts of fans forever.

The first recording is the Dead’s performance at The Spectrum on May 2nd, 1981, and the second is from May 4th. Listen below.