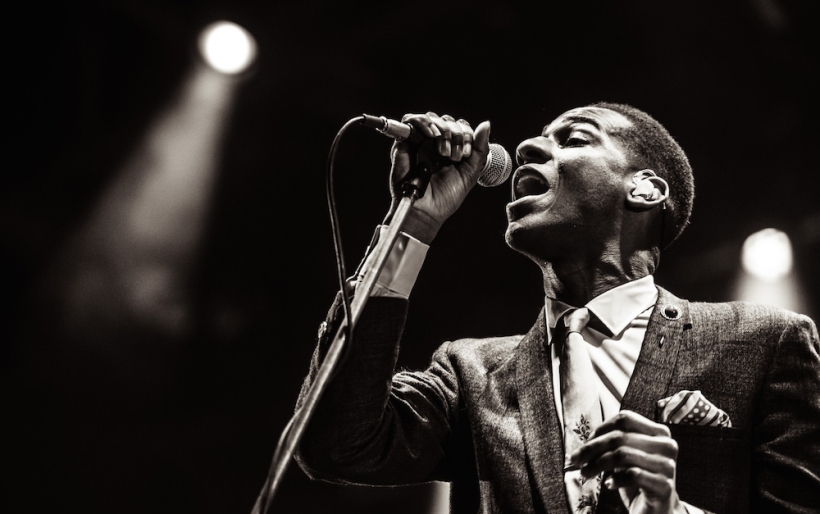 Take us to the river: Leon Bridges exploded onto the scene last year with his astounding debut album of modern soul, Coming Home. To celebrate his success, Squarespace made a documentary shot by Danny Clinch following his rise from an unknown solo artist from Fort Worth, Texas, to touring the world and getting nominated for Grammys.

The documentary, titled This Is Home, features interviews with Bridges and his band discussing life on the road and how they grew and connected with his introspective and insanely beautiful songs. They talk about being shocked that they could sell out a venue on a Monday and going to Europe, and Bridges says that before they had gone on tour, he “had barely left his front porch.”

The entire documentary is cut with intense footage not just of Bridges, but of other classic musicians that Clinch has photographed (Pearl Jam, Springsteen, Fleetwood Mac), showing that Bridges has a long career in front of himself.

Bridges will be performing at Roots Picnic this summer along with Future, Anderson Paak., and The Roots themselves. For tickets to Roots Picnic, which will be held at Festival Pier on Saturday, June 4th. For tickets and more information, check out the XPN Concert Calendar.

Watch Leon Bridges’ This Is Home documentary below.

This Is Home from Squarespace on Vimeo.