Your guide to Love On The Streets 2016 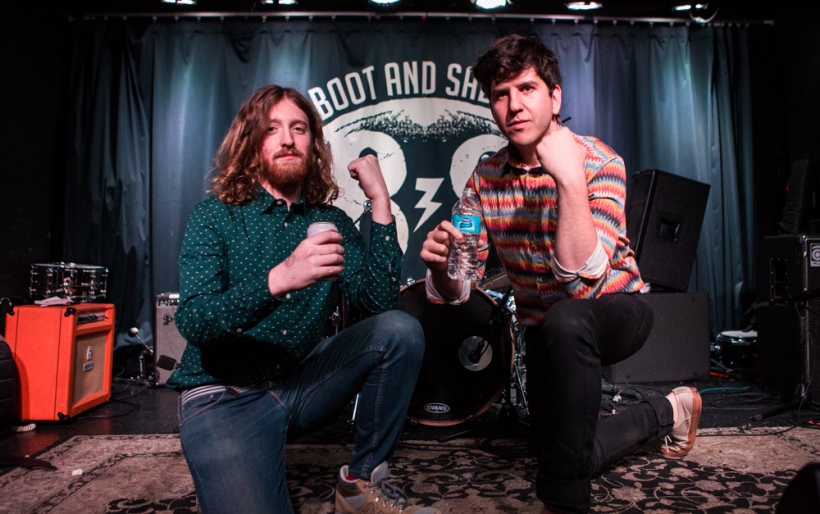 Your guide to Love On The Streets 2016: Who’s Playing (Lithuania, Mumblr, RFA, and more)

This Saturday, May 14th, the Love On The Streets festival (presented by Wahoo’s) will be held at Paines Park in Philadelphia. The festival, now in its second year, will feature food, beer, a skateboarding competition (with a grand prize of $2,000), and a huge line-up of Philly artists welcomed by XPN. It all starts at 12 noon on Saturday, and attendance is free.

Since there will be SO much going on at the festival on Saturday, we figured we should do a breakdown of all the bands that will be performing to make sure you know what you’re in for: nine hours of music, art, food, and everything else that makes Philly such a cool place to be.

The Music: XPN will be presenting the Mad Dragon stage at Love On the Streets, which will feature over 10 bands and DJs performing throughout the course of the day. Here’s a rundown of everyone that will be performing.

Last year, Eric Slick of Dr. Dog and Dom Angelella of DRGN King came together to form Lithuania and put out a record of blazing punk rock on Lame-O records, Hardcore Friends. Read the Key’s feature on the band here and listen to “Pieces” below.

Sean Huber, who is also drummer of Modern Baseball, will be performing with his own band, Steady Hands. The bands most recent release, the Tropical Depression EP, was put out back in July. Listen to the title track below.

Indie fuzz rockers Mumblr will be releasing their new album, titled The Never Ending Get Down, in June, and their performance at Love On The Streets should give us a taste of new material before their album release show at Philamoca on June 11th. Listen to the album’s first single, “Microwave,” below.

Steady Hands won’t be Sean Huber’s only performance of the day, as he will also be performing with his other-other band, Vicky Speedboat. The garage punk duo, which also consists of WC Lindsay’s Will Lindsay, released their Two Years No Basement EP last December.

Endless Taile plays jammy desert rock in a similar vein to Queens Of The Stone Age, and their most recent release, Snarl In The Hive, was released back in January.

Pop punk quartet Plainview will be performing their last show with their current lineup, but vocalist Jeremy Berkin plans to continue the band and release new music with a new lineup in the future. Watch the band play a studio session for The Key below.

Drexel indie rockers RFA just released their new EP Something New From RFA, and their brand of Strokes-y guitar rock lead Rock Oh Philly to name them one of their 5 Drexel Bands You Need To Know. Watch them perform at XPN’s studio below.

Competition, Art, and Vendors: The skateboard competition, which costs $10 to enter, will be DJed by Philly artists Fishtown Beats, Frank Siracha, and Aurize. Distoart, Getup, and Victor Perez will all be performing live visual art for festival goers. There will be several vendors serving food and drinks at the festival, such a Wahoo’s Tacos, Kung fu Hoagies, Eat-A-Pita, Weckerly’s Ice Cream, a Bud Light Beer Garden, and many more. For more information, which includes competition and flea market registration along with more details on performers, check out the Facebook event here. Love On the Streets bill | via LOTS