Boy-band intellectuals The 1975 to fashion a sensitive, new-wave Mann - WXPN 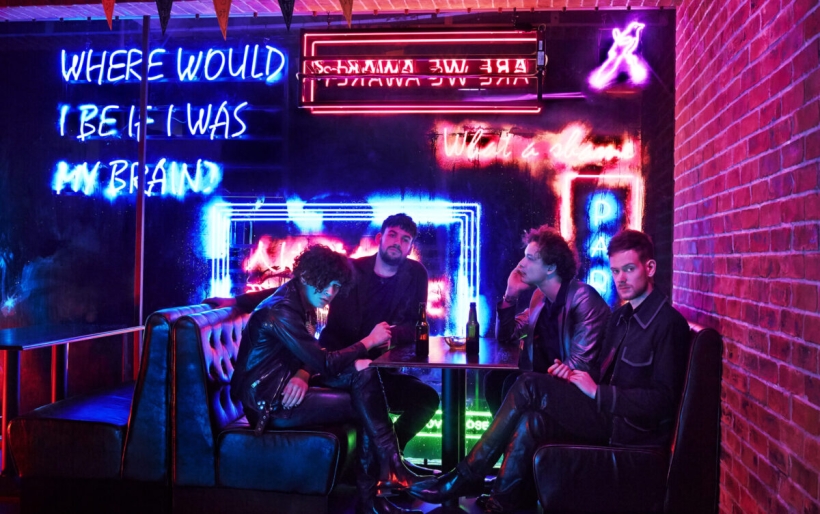 The 1975 | Photo by Roger Deckker | courtesy of the artist

Boy-band intellectuals The 1975 to fashion a sensitive, new-wave Mann

Poptimism’s 2016 cause célèbre – UK quartet The 1975, who headline the Mann’s Skyline stage this Sunday – are a decidedly odd proposition. At least in marked contrast to, say, a Carly Rae Jepsen – the “girl-next-door type sings sparky electro-pop songs about teenage crushes…” They’re odd in overt, ostentatious, readily quantifiable ways. Like giving their chart-topping second album a 16-word-long, multiply #problematic title – I Like It When You Sleep, for You Are So Beautiful yet So Unaware of It(at least, that seems to be one agreed-upon capitalization) – in addition to a 17-song tracklist and a 74-minute running time.

They’re odd in ways that probably shouldn’t really be so odd by now, like managing to dredge up some fresh, relatively untapped 1980s signifiers to resuscitate (the terse INXS-plus-Thin White Duke pop-funk of “Love Me”; the scintillating Fine Young Cannibals-meets-Stewart Copeland funk-pop of “She’s American”), never mind that we’ve been revisiting that decade for a good sixteen years now.**

Mostly, though, they’re odd in the way that all true pop greats – not saying they’re there yet, but they just may be on their way – can’t help but bring their own idiosyncrasies to bear.  As with the ambitious (seeming) overreach of stuffing the record not only with effervescent dance-pop jams like the aforementioned (plus another half-dozen where they came from) but also with stirring, fervent blue-eyed gospel (“If I Believe You”); cinematic, sweepingly pretty post-rock (or at least post-M83) instrumentals (“Please Be Naked,” the title cut); strobing soft-electro slow jams (“Somebody Else”) and unadorned acoustic balladry (“She Lays Down.”)Or filling almost all of it with witty, wryly hilarious, highly quotable lyrics (notwithstanding the occasional cringy overshare.)Or spritely hunky-fop frontman Matt Healy’s notably Prince-ish combination of unabashed earnestness and unabashed shirtlessness.

The 1975: the sensitive intellectual boy-band of the future, now.

The 1975 plays the Mann Center Skyline Stage on Sunday, May 15th. Tickets and more information on the show can be found at the XPN Concert Calendar.

**I just had a thought: on the face of it, it may seem absurd that the 1980s revival has lasted a full decade and a half, and counting.But then again, if we as a culture are truly committed to reexamining and exploring every facet of the ‘80s’ musical output, it only stands to reason that it’d take at least ten years to do so, plus longer since not every current musical act is actually partaking in the project.Hmm…