Mikey Erg is back with "Comme Si About Me," a new track from his upcoming album - WXPN 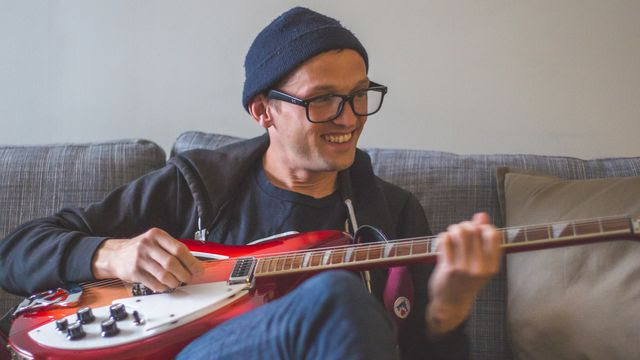 Mikey Erg is back with “Comme Si About Me,” a new track from his upcoming album

If you’re a fan of DIY punk or basement rock, there’s a good chance you know Mikey Erg. If not, his name has to at least ring a bell. That’s because “Erg” comes from his old band, The Ergs. After The Ergs disbanded in 2008, Mikey went on to play in a handful of bands, such as Dirt Bike Annie, The Unlovables, The Dopamines, and House Boat, just to name a few.

Now it’s time for Mikey to branch out on his own. Tentative Decisions, out June 24th on Don Giovanni Records, will be the first original material he’s put out since the demise of The Ergs. Expect the album to feature “second-genertaion Ramones worship,” with some Celtic and British folk influences buried in the power chords and pop punk drum patterns.

For a sneak peek into the album, Mikey has released the insanely catchy single, “Comme Si About Me.” Take a listen to it below, and then head to the XPN Concert Calendar for everything you need to know about Mikey Erg’s upcoming June 3rd appearance at the Phameless Records Fest, a three day event at Kung Fu Necktie.