Made A Fool: Hootsie doubles down on desperation on Calm Down Crazy - WXPN 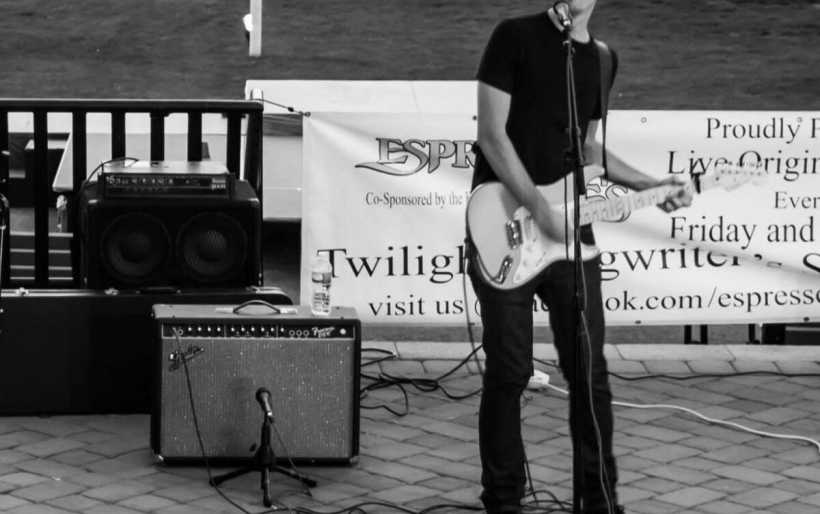 Hootsie | photo courtesy of the artist

Made A Fool: Hootsie doubles down on desperation on Calm Down Crazy

In LCD Soundsystem’s 2007 magnum opus, the generation-defining “All My Friends,” James Murphy famously sings, “You spend the first five years  trying to get with the plan and the next five years trying to be with your friends again.” It’s a nostalgic statement that sums up what it feels like to be at that point in your life where you don’t know what the fuck you’re doing: looking towards the future at the same time living with past mistakes. Regret comes with a price, so you’ve gotta learn to live with it and at the same time, make the most of it.

Jeff Yerger knows exactly how that feels. Yerger is new to the Philly area, and his new music project Hootsie reflects that. On Calm Down Crazy, Hootsie’s debut record, Yerger doubles down on the desperation that comes from being out of place in a new city through fuzzy guitars and hook-filled melodies.

Hootsie is a music project born out of loneliness and desperation for a creative/emotional outlet after my last band broke up and broke my heart. I am a happier person because of this music, and after moving to the Philly area for my job. This new set of songs/demos/album is titled Calm Down Crazy, and it contains a bunch of songs I recorded over the past 6 months in a lonely apartment. I found more space (both physical and mental) to create the best music I’ve written so far (with very limited resources).

The record opens with “The Wheel,” which is instantly reminiscent of Ryan Adams’ work with The Cardinals circa 2005. On “Wheel,” Yerger sings “She wants to let it go, a song she’ll never know,” alluding to the remorse that carries throughout the rest of the record. The tone of his voice is also similar to Chris Collingwood of Fountains Of Wayne fame, which gives the power-pop riffs an extra oomph.

Calm Down Crazy plays as a collection of songs all connected by themes of not just of regret, but also hope. On “Broadway Blues,” Yerger belts over a jabbing acoustic strummer before it breaks down into a hazy guitar-freakout that sounds like a lost weekend. “34th St Meltdown” plays as a lost Replacements deep-cut, and “Kevin Haze” channels Tom Petty with ease. His influences are apparent, but that’s not always a bad thing.

It comes as no surprise then when Yerger ends Crazy with a cover of “All My Friends” (with guitars it sounds more like a cover of a cover). The steady build graduates from a chugging rhythm into a cascading fall of distortion and emotion, similar to the original. On Hootsie’s Bandcamp page, Yerger asks, “Does anyone listen to music with guitars anymore?” The real question that should be asked is, “Does anyone listen to music with feeling anymore?” Because Hootsie has tons of it.

Listen to Hootsie’s Calm Down Crazy in full below.