Listen to Mercury Girls b-side "All That Heaven Allows" 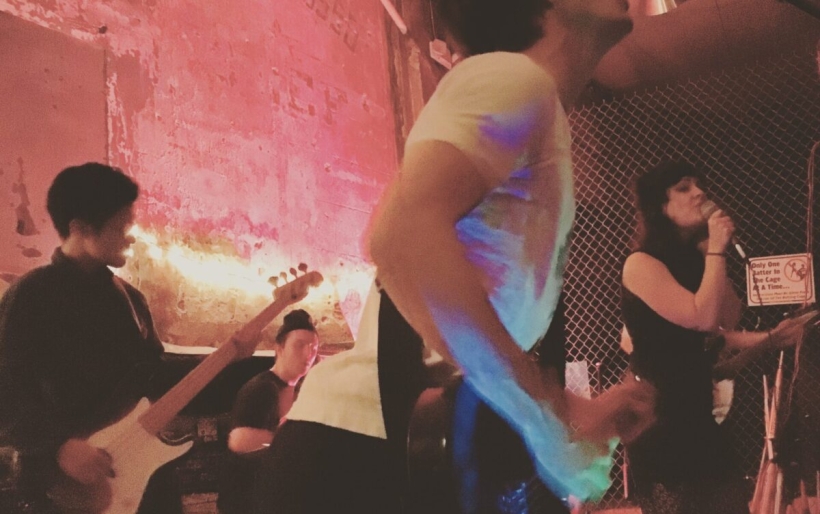 Listen to Mercury Girls b-side “All That Heaven Allows”

Philly fuzz-pop outfit Mercury Girls will release their debut 7″ Ariana on Slumberland Records next Friday, and Impose has now shared the single’s b-side “All That Heaven Allows.”

The song is dark and shimmering, but not in a placid way. You can feel the pent-up frustration just pouring out, releasing from the frenetic arrangement and Sarah Schimineck’s voice. Via Impose:

Schimineck’s vocals are icy, initially distant from the pure sweetness of “Ariana”, and only when the sun-drenched chorus rolls around does some of the ice begin to melt. “You take all that heaven allows,” Schimineck sings, awe and exasperation coming to a point in her delivery. Drastic entwined guitar riffs pummel us and don’t let up until radio silence hits. It’s chilling and overwhelmingly catchy—taken together with the A-side, there’s reason to believe there’s plenty more in store for the Girls.

The band will be making several local appearances over the next few weeks, including a show this Friday at Space 1026 with My Favorite and The Snow Fairies. More information on that show can be found here.

Listen to the new track over on Impose and revisit “Ariana” below.