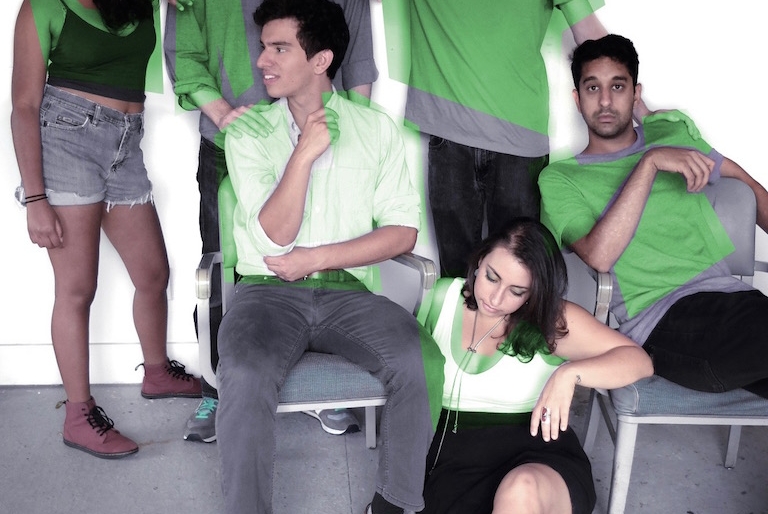 Princeton, NJ outfit Cactus Karma are a six-piece, experimental soul band that released its debut EP Marmalade at the end of 2015. Today we have the premiere of an even newer track, filmed here in Philadelphia with Darla Hood Productions and Evan Chapman of Square Peg Round Hole. “His Home the Sky” is a grooving, multi-faceted song that bridges hip hop and jazz and takes inspiration from classic artists like Ornette Coleman.

“His Home The Sky” was first written by Spencer, our trumpet player for a jazz trio. It was a tune that he says seemed to write itself. In his words it was “just an expression of a particular melancholy feeling.” It came to Cactus Karma almost by accident. After a long night of drinking at about 4 in the morning, Spencer and Arjun (our drummer) found themselves jamming on the song in a practice room. A few months later, the band was gathered around a fire in rural Maine, and Arjun brought up playing HHTS to the band. Though we were, at first, pretty hesitant (we don’t consider ourselves a jazz outfit), with a bit of tweaking we came up with a fat 6/4 groove inspired by an Outkast beat. We premiered a rough cut at a brewery in Belfast, Maine in the summer of 2015 and kept tweaking until February, when we recorded it with some friends at their house in Germantown.

Cactus Karma perform at World Cafe Live on June 3rd with GR Stone; tickets and information can be found here. Watch “His Home the Sky” below.