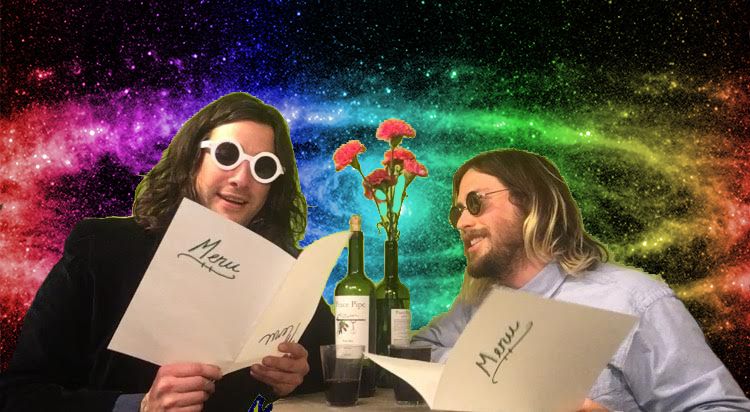 Needle Points | Courtesy of the artst

Seizing the Moment: The Birth of Needlove Records

In the fall of 2014, Needle Points were approached by Scott McMicken of Dr. Dog with interest to produce their next album. It was to be the neo-psych ’n’ rollers’ second album, following up their six-song LP, Bom Tugangu, that they self-released the year prior. However, the album has yet to see the light of day.

After spending two weeks at Mt. Slippery studio with McMicken, the band spent the next year and a half shopping the end result around to multiple record labels. They received varying levels of interest, as local as Brooklyn and as far away as England. Ultimately the band decided it would be in their best interest to release it on their own. They would utilize it to get their own record label, Needlove Records, off the ground with plans to finally release the new album later this summer.

The startup record label will be run by Needle Points’ lead singer Colin Holloway and drummer Jordan Kaplan. Having already released their own Bom Tugangu debutand through their dealings with other musicians and labels through their work with McMicken, the two definitely have some do-it-yourself experience under their belts.

“We were working with a label called Papercup,” Holloway says over the phone while on a trip to Los Angeles. “We decided to go with them and put out a seven-inch. But then we basically decided to part ways and we would do our own thing. They’re a small label and were cool with that.”

Holloway adds that after being told repeatedly by other labels that they “didn’t have room on their roster,” which frankly sounds like the label was experiencing budget issues, they were motivated to do it on their own. The two of them have plans to take their vision further though, creating a brand larger than just the release of albums.

“Down the road we want to collaborate with different types of artists,” Kaplan says. “We’ve already kind of developed a certain type of aesthetic as a band that we want to kind of build off of.”

What he means is that Needlove has plans for being multi-faceted. Once they get rolling they’ll be reaching out to other bands to offer services such as design and printing for merchandise. The band says they’ve already landed a deal with Free People, where Needle Points drummer Danielle Kinshita works, to help expand their brand. Free People bought one of their t-shirt designs and will be putting it in their stores nationwide starting this summer.

Holloway and Kaplan feel the timing is right for Needlove to be able to capitalize on not only having such a good connection, but also on starting a label that will be capable of connecting with fans on multiple channels at a time when musicians are becoming more open to being associated with different branded opportunities.

“I think we learned a lot about that because record sales are not what they used to be, but also that record labels aren’t the same anymore either,” Kaplan says. “So as far as a business model goes we kind of tried to come up with different ways to bring revenue in. It’s now a very different game than what it once was.”

It’s not only about dollars and cents for Needlove Records, though. They realize they’re already positioned in the right place — Philadelphia. And now is the time for them to strike while the iron is hot, and while Needle Points subsequently has a new album to release. They’re even throwing a Pizza Party and Vinyl Brunch to celebrate!

“We realize the record industry is a very convoluted thing and we wanted to make something that was a little more communal and for now it’s Philly-based,” Holloway says. “But we would love for that to spread and that’s kind of the idea behind our label.”

Get a look inside Mt. Slippery with Needle Points and Scott McMicken below.