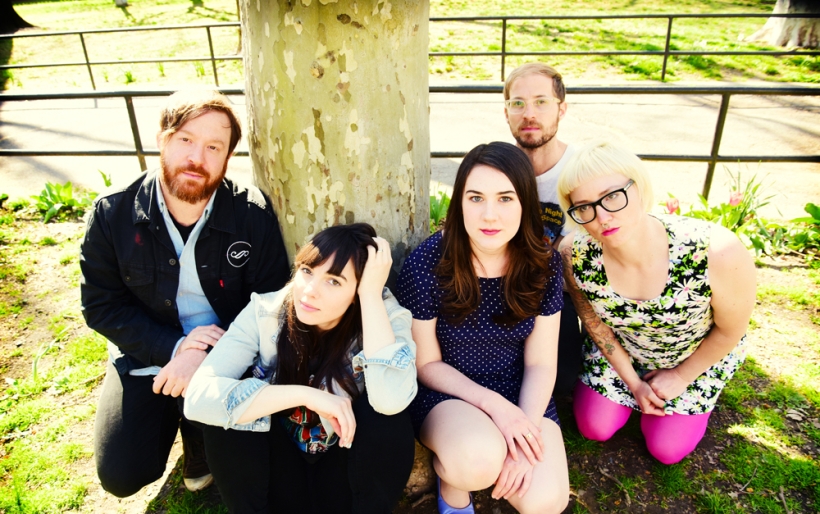 When they released Tomorrow Is Yesterday in 2013, Field Mouse was a dream-pop duo from Brooklyn. One record and three years later, the band led by Rachel Browne has expanded to full status with partial residency in Philadelphia and will release a new LP called Episodic in August. NPR Music premiered lead track “The Mirror” today.

Falling into the assertive but beautiful realm of Hop Along and Slingshot Dakota, “The Mirror” is raw emotion wrapped up in a release of well-articulated frustration.

“The Mirror” pulses with a frustrated energy, radiating a sharp bitterness about being mistreated. In an email to NPR, Browne describes it as one among a few honest and angry “dissolution-of-relationship” songs on the album. “You want to see ego?” she sneers in the song’s chorus, “I’ve held it up enough.” The anger in Browne’s voice mounts throughout the song; she lets out a quick laugh before the first chorus, but by its final iteration, her voice almost cracks with passion over the whirring guitars and driving rhythm. By the time the song ends, the catharsis feels complete; the band is ready to tell off the next wrongdoer.

Field Mouse pulled in representatives from the best of both Philly and Brooklyn while making Episodic: the LP was produced by Joe Reinhart (Hop Along, Algernon Cadwallader) and features Sadie Dupuis (Speedy Ortiz), Allison Crutchfield (Swearin’) and Joseph D’Agostino (Cymbals Eat Guitars) as guest players.

Listen to “The Mirror” below. Episodic is out August 5th via Topshelf Records.