Band of Horses' release soothing new track "Whatever, Wherever" 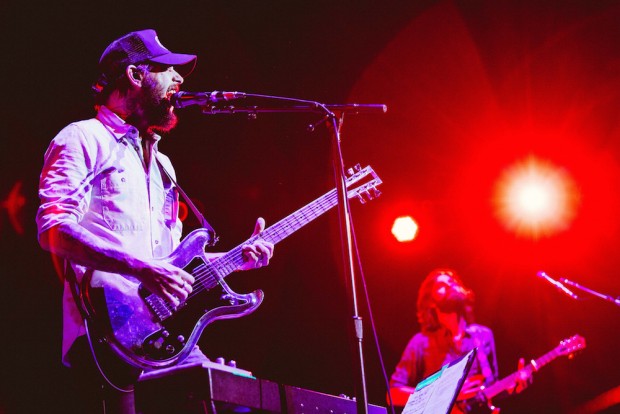 Band of Horses | Photo by Noah Silvestry for WXPN

Band of Horses’ release soothing new track “Whatever, Wherever”

Just a few weeks back, Band of Horses stopped by WXPN for NonCOMM. They played us some old favorites, such as “No One’s Gonna Love You,” but impressed with songs off their upcoming fifth studio album Why Are You Ok. “Casual Party” injected a rowdiness into the crowd, proving the new material is well-received so far.

Thursday the South Carolina-based band revealed one last track from the new album before its release next Friday. Premiered on Apple Music as Zane Lowe’s World Record, “Whatever, Wherever” is the fourth and presumably final track to be revealed before it’s all out. This one, however, isn’t the same upbeat anthem its predecessors are. On “Whatever, Wherever” Ben Bridwell soothingly promises, “I’ll walk you along, whatever you want, wherever you are.” It’s more acoustic and less electric, but nevertheless an enjoyable last peek into the new record. Listen below, and be on the lookout next week for the release of Why Are You Ok via Interscope Records.