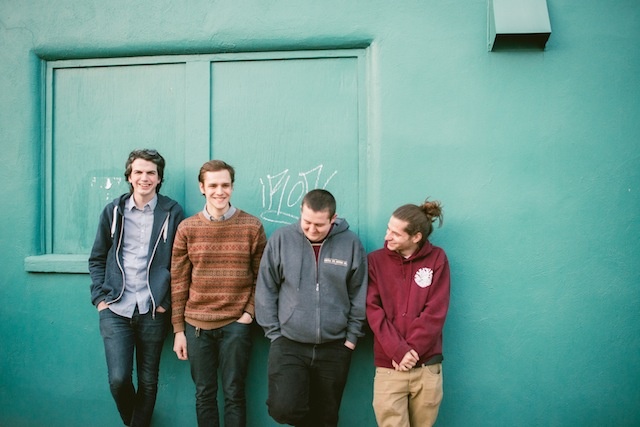 Giving fans a taste of what’s to come, the conglomerate of uber-talented Philly musicians Broken Beak are streaming another single off their upcoming debut album Some Nerve being released by Near Mint Records on Friday, July 1st. The brainchild of spirited songwriter Beau Brynes has caught fire in the scene with the help of Brendan Lukens and Jake Ewald of Modern Baseball — playing guitar and producing, respectively —who have been riding a wave of success following their latest release Holy Ghost just last month. Drummer Jeff Malt and bassist Evan Moorehead come in to round out the band’s roster, each appearing in multiple other Philly-based musical projects.

“Humble” has a different sound sonically compared to first single “Saint,” yet both tracks work together to tell different parts of a rich story, thanks in part to Brynes’ knack for relatable and engaging lyricism. This new track encapsulates some of the best components of Modern Baseball’s past and present tourmates — think of the zany and electrifying guitar work of Tiny Moving Parts matched with the wailing urgency of Joyce Manor.

Coming in at a mere minute and 22 seconds, “Humble” packs a whole lot into its small time stamp and leaves us (im)patiently waiting to see what else Some Nerve will have to offer.

Broken Beak are hitting the road with singer-songwriter Chris Farren in August following Modern Baseball’s massive summer tour, however no hometown show has been announced. Take a listen to Broken Beak’s new track “Humble” via The A.V. Club here.