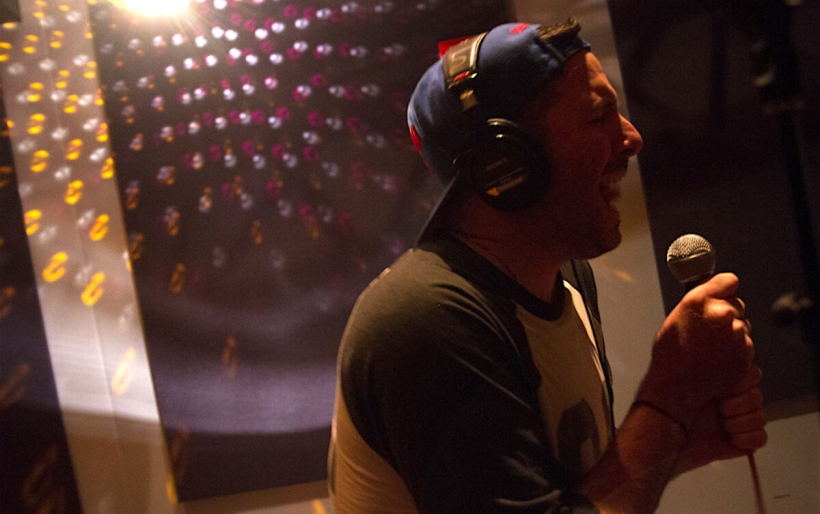 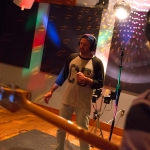 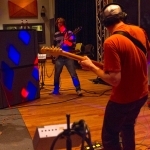 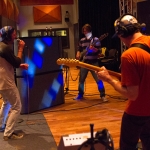 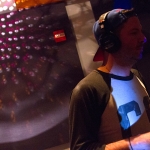 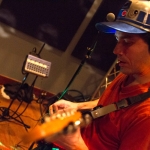 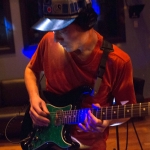 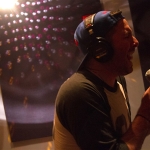 If math and memory serves, postmodern funk punks Prowler are the first Philadelphia band to visit WXPN on three separate occasions over the years to record a studio session with me. Of course, in their trademark mix of cockiness and self-depreciation, they shrug that off. When I recently showed the band its original signature on our studio wall, guitarist Ryan Kerrigan looked at the tags of his local peers surrounding it and concluded that many artists making the scene in 2008 have since broken up. Prowler, on the other hand, kept on keeping on.

In 2008, pork pie hats and LCD Soundsystem were all the range, and the band brought us a fierce, crisp and disco-fied set from its En Garde! EP. They hung multicolored lights from the rafters in our production studio and rocked a party for myself and my co-host Jake Rabid. Flash forward several years and the terra firma had shifted – indie rock was becoming scuzzier, less shiny. Their Wooly Mammoth EP reflected this change, and a session in our large performance space (also disco ball’d up) had teeth (tusks?) in a way that its predecessor did not.

Along the way, the band shared the stage with V.V. Brown and Janelle Monae, collab’d with Reef the Lost Cauze and Plastic Little, and dished a steady string of singles and EPs, its preferred medium. The latest one, a cassette release called Trash Bag, finds Prowler at its most unguarded and experimental. Mouthpiece Keith Warren Greiman still rocks his swagger Kiedes-esque delivery, and the music has a beat, but the sounds are raw, aggressive and noisepoppy, like a psychedelic trip on the Butthole Surfers caravan. The tape, righteously, has a B-side that plays the entire A-side in reverse.

For Prowler’s inauguration of the Key Studio Sessions Three-Timers Club, it once again brought out the disco ball and light show, and slammed through a seven-song set with intense focus. The riffy aggression of “Blood Boil” is pulled from Trash Bag; “100 Rounds,” “Four Twenty” and “Creepy Crickets” can be found on 2012’s Y’all Don’t Know; “Ahead of the Pack” dates to En Garde, “Pretty Bird” travels back ten years to the band’s 2006 debut Communizzle. And of course, it wouldn’t be a Prowler session without a newer-than-the-new-record jam, and we find that in “Telephone,” which just makes me say “long may these dudes’ funkophonic party run.”

Below, watch the band perform “Blood Boil” in our studio, listen to their session in its entirety and grab a free download via Soundcloud here. Where and when will Prowler emerge next? Stay pinned on their Facebook to find out.