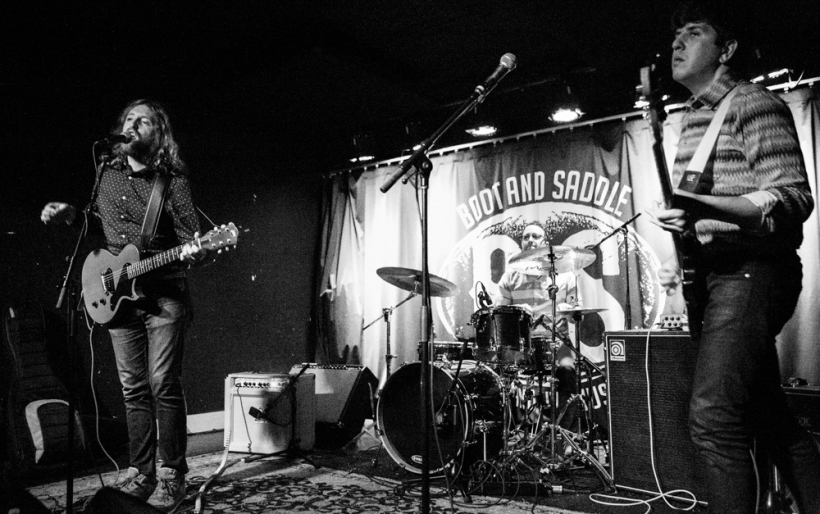 “Sometimes we have to let go of things we love, especially when they’re hurting us,” Eric Slick tells Post Trash. “Abuse is still everywhere.” Slick’s band Lithuania found themselves in that position of letting go, in an indirect sense, when they cut ties with old label Seagreen Records this spring amid allegations of abuse. Unfortunately, Slick is right about it being everywhere. In the music world alone this year, we’ve read stories about high-powered publicists and producers behaving deplorably. In the world-world, well, Stanford. And combating this tide of misogyny and violence takes advocates and allies – which is why Lithuania is donating proceeds from their new single to the local organization Women Against Abuse.

The song, “Kill the Thing You Love,” is out today via Lame-O Records as a name-your-own-price download, and like the band’s Hardcore Friends LP, it’s revved up and fierce. The band premiered it on Post-Trash, where Slick spoke of the song’s underlying meaning.

It was written from the perspective of a young woman who runs away from her abysmal home life and starts fresh in a safe environment. It’s based on a story that a close friend told me about her incredibly difficult and abusive childhood. “Kill The Thing You Love” is indeed a jarring title, but its intent is more of a mantra of empowerment.

Listen to “Kill the Thing You Love” below, grab a download via Lame-O here, or just donate to Women Against Abuse directly here.