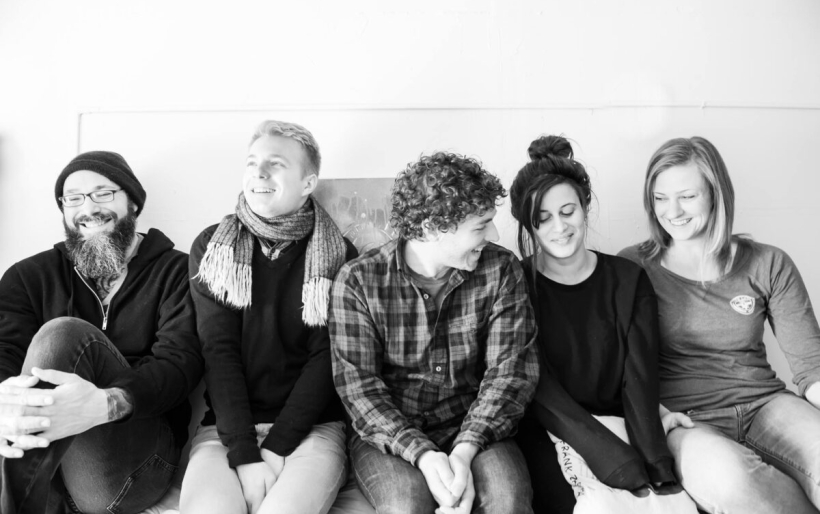 “‘I Wanna’ was born in the midst of a sea (of) change I saw in our local music and art scene — ideas were rippling and DIY spaces were popping up, changing the landscape,” VoirVoir lead singer Matt Molchany says of the band’s first single off their debut album There Are No Good Goodbyes. Set for release on July 15th off Fleeting Youth Records, that do-it-yourself energy is certainly present on this first taste of the LP.

The Bethlehem, Pa., indie rockers showcase their restless spirit on this bopping new jam with lines like “I wanna see every city” and “I wanna smash your TV.” After a twinkly breakdown, Molchany leads in an anthem-esque chant of, “You can make it, if you wanna” and “You can break it, if you wanna.”

VoirVoir (pronounced v-wah v-wah) hopes to radiate a certain level of positivity mixed with ferocity on this track and it makes for a perfect blend of angst-filled self empowerment.

“With this song I want(ed) to tell people it’s OK to be yourself, it’s OK to want to be active, it’s OK to express yourself freely, and do so responsibly,” Molchany says of “I Wanna.” Band co-founder and keyboardist April Smith adds, “This album was Matt and I finding the pretty in everything, even those things that look hopeless and impossible to fix.”