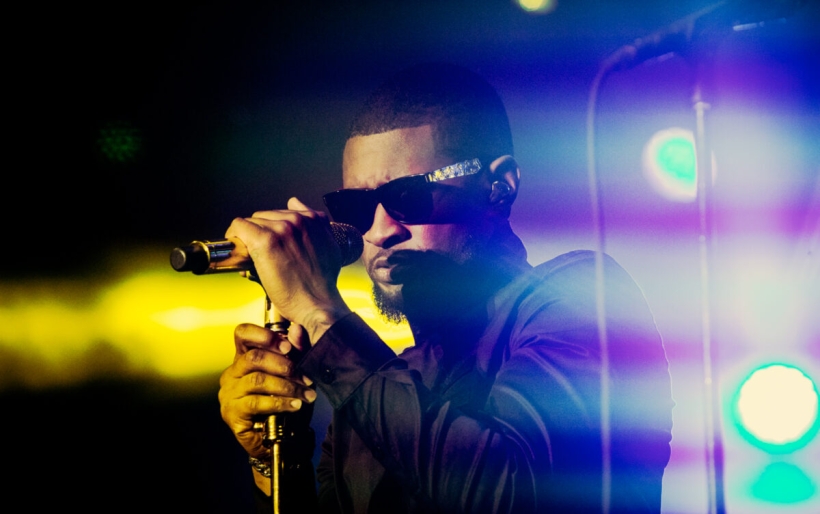 Usher and The Roots pay tribute to Prince at Roots Picnic

Ever since we lost Prince in mid-April, outpourings of adoration and tributes for the purple one have cropped up everywhere. From countless artists covering the songs that defined his career (and a generation) to mother nature herself shining a purple sunset following his passing, Prince is an artist that truly transcends his mortal being and lives on in every life he and his music touched.

What better place to pay homage to Prince than this year’s joyously soulful Roots Picnic, where his influence was surely felt — particularly during Usher and The Roots headlining set. The R&B star surprised the crowd halfway through his performance of his early 2000s slow jam “U Got It Bad,” by perfectly transitioning into Prince’s classic “Adore.”

Following the “U Got It Bad” lyric, “I want you to know, I really adore you,” The Roots and Usher changed the tone for their own take on the Prince favorite. When Usher continued with the first line of “Adore,” “Until the end of time, I’ll be there for you,” the screams and cheers from the audience could be heard over the booming band.

What happened next was a minute of musical bliss. Usher, drenched in purple lights and a humble smile, performed the song with his heart and soul, creating a touching tribute that proved Usher and The Roots to be remarkable artists themselves.

Watch Usher and The Roots cover Prince’s “Adore” below, thanks to Okayplayer.