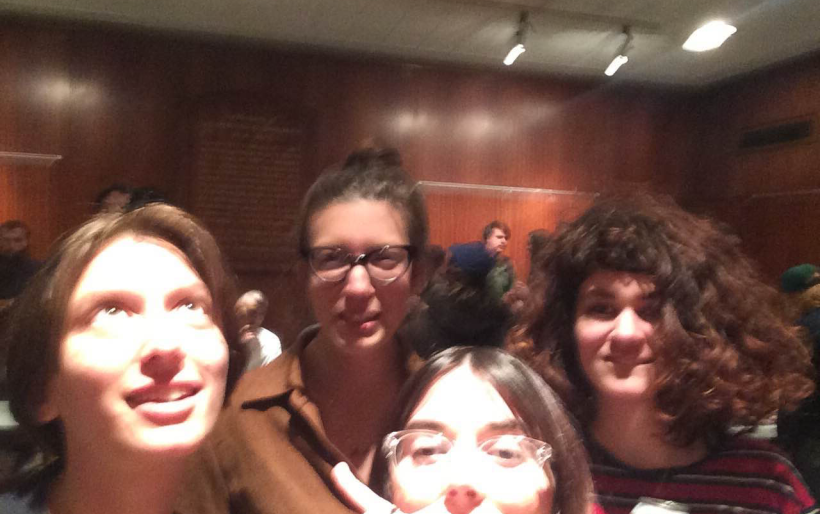 Marge have certainly made their mark on the scene, whether it’s being one of the first bands involved with First Time’s the Charm — a catalyst for new bands focused on the contributions of female-identified, trans and queer folks, and people of color in the DIY/punk community in Philadelphia — or their overall rockin’ sensibility and statement-making performances.

This September, the women in Marge will be releasing a full-length album Bruise Easy featuring 13 tracks, and you can get a sneak peak by checking out three songs from the upcoming LP posted on their Bandcamp page.

The album’s second track “Give It Time” is a clear culmination of the band’s growth over the years. Compared to previous raw offerings, this song shows a true honing in of their sound. A polished, absolute jam, it’s an incomparable hit and important turning point in the band’s style.

“Half Year” hops along with bopping guitars that give an interesting texture to a song with such anxiety-filled lyrics.

The album’s title track picks up where “Give It Time” leaves off, again featuring throbbing, fuzzed out guitars under mellow vocals. This five-minute song is another monument for the band, who’s songs typically come in at much speedier timestamp.

You can check out three tracks off of “Bruise Easy” below; Marge is about to go out on tour with Littler, and plays a Philly homecoming at LAvA Space on June 26th. More information on the show can be found here.