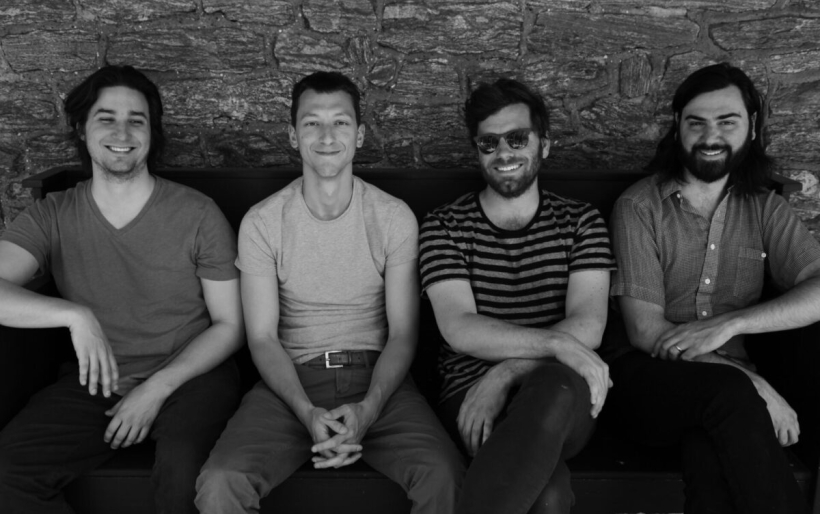 Local outfit Grubby Little Hands have released a video for “Michael” off of this year’s Garden Party LP. Paying tribute to the many great sites (and sights) of Philadelphia, the clip follows a business man as he lets loose after work.

We see this character embrace his colorful alter ego, a kind of vigilante high-fiver and pose-striker that draws attention at the Race Street Pier, in Redding Terminal Market, along the swanky cafes of Rittenhouse and finally inside the Chikara wrestling school ring.

But the backstory of the song goes much deeper than all that. Songwriters Donnie Felton and Brian Hall spoke with Imposeahead of the video’s premiere, where writer Meredith Schneider said:

“Michael” is a song about frontman Donnie Felton’s now-estranged high school best friend, and how in recalling a person we’ve lost touch with, we end up filling in the missing pieces based on our past experiences with them, our imaginations, and the mythology that develops through the filter of time and distance. It’s thought-provoking, lyrically well-done, and really quite beautiful.

Grubby Little Hands open for The Besnard Lakes at Boot & Saddle on July 29th; tickets and information can be found here.