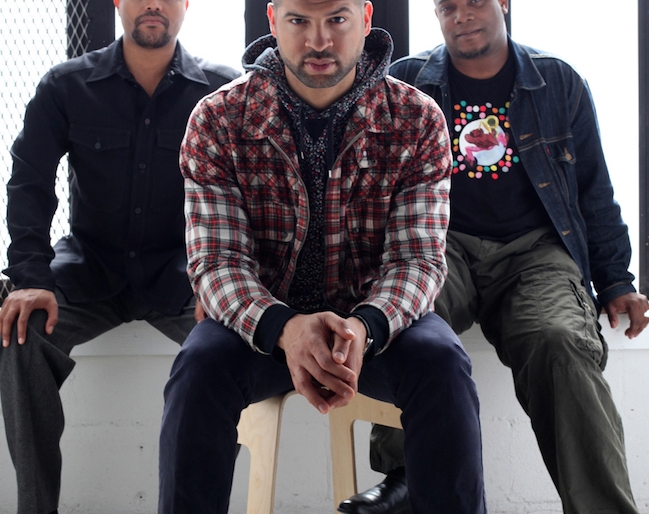 Bandwagon | photo courtesy of the artist

It’s been a little while since Philly has had the opportunity to see the Bandwagon in action. That’s understandable, given the dizzying breadth of what the trio’s leader, pianist Jason Moran, has been up to since the release of their tenth anniversary album, the aptly titled Ten (Blue Note) in 2010. In the intervening years Moran has taken on the role of artistic director for jazz at the Kennedy Center, composed the soundtrack for Selma, continued his collaboration with legendary saxophonist Charles Lloyd, and hosted a series of dance parties sporting an oversized, cigar-smoking papier-mâché Fats Waller head and playing funked-up versions of Waller songs with help from Meshell Ndegeocello.

Not that his Bandwagon bandmates have been sitting around waiting for his call. Bassist Tarus Mateen stays busy playing everything from hip-hop to Afro-Cuban music in D.C., while Nasheet Waits is constantly in demand as one of jazz’s most eclectic and inventive drummers. Which all is to say, the fact that the Bandwagon, which seems to actively reinvent and reexamine the very idea of the jazz piano trio every time they take the stage together, is coming back to town and debuting some new music would be exciting under any circumstances. That they’re playing in the more intimate setting of a Wednesday night at South rather than one of the city’s more formal venues is even more thrilling (credit due to What’s Happening Wednesdays curator, and Waits’ bandmate in the collective trio Tarbaby, Orrin Evans) makes it an evening not to be missed.