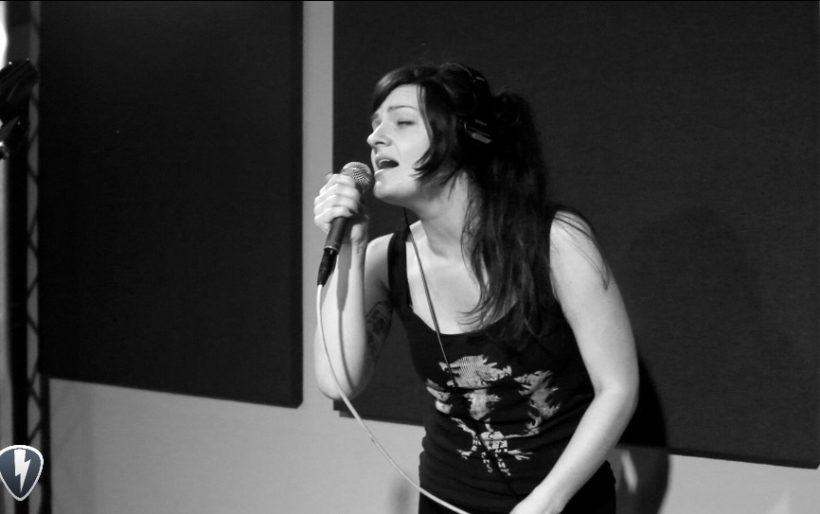 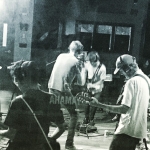 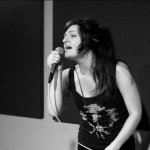 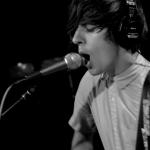 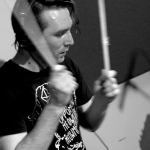 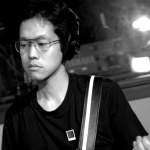 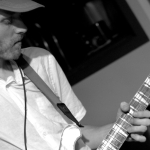 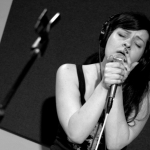 If you haven’t yet seen Mercury Girls live, you’re missing out. The Philadelphia five-piece takes the high-spirited, playful tones of classic indiepop — which they clearly have a deep reverence for — and delivers them with punk rock ferocity. Leaps, spins and kicks from guitarist Kevin Attics mix with the unflappable delivery of vocalist Sarah Schimineck and the thundering force of drummer Chris Schackerman. Add in sick leads from co-guitarist Kevin O’Halloran, and the energy levels approach metaphorical combustion (thankfully there’s cool, collected bassist Andrew Hagiwara to keep things on relative terra firma). In short: one of the best live bands on the scene right now, and we were stoked at the opportunity to capture some of that energy in our studio this week.

Attics founded Mercury Girls a couple years back as a gig on the side of his other band, Literature; it went through a couple lineup variants, but once the current crew was in place, the momentum began to move. Their sound is indebted to late 80s faves like Heavenly, The Smiths and Black Tambourine, so they’re right at home on venerable D.C. label Slumberland, where Mercury Girls released its debut 7″ in May. The band is in the studio right now working on a full length with Jeff Zeigler at Uniform Recording. There’s talk of a sweet can’t-announce-it-yet-but-it’s-gonna-be-so-good tour this fall. And there are a couple shows where you can catch them in the meantime.

This Friday night, Mercury Girls opens the night for like-minded UK contemporaries Fear of Men at Johnny Brenda’s, who take a more brooding, sonically downbeat approach to the style. (Though indiepop is all about dichotomy, and you’ll notice in this week’s session that while “Collisions” is an incredibly fun romp of a song, Schimineck delivers cutting lyrical barbs throughout.) Next Saturday, July 9th, they’re on the lineup of the Love on the Streets festival at Paine’s Park. Details and information on both gigs can be found at the XPN Concert Calendar.

Below, watch the band in action in videos of the unreleased “Beverly” – which will appear this summer on a forthcoming Fortuna POP! / Slumberland split 12″ with Tigercats, Wildhoney and Spook School – as well as the aforementioned “Collisions,” which dates back to the earliest demos the band released online last year. You can also stream their whole performance and grab a download at Soundcloud.