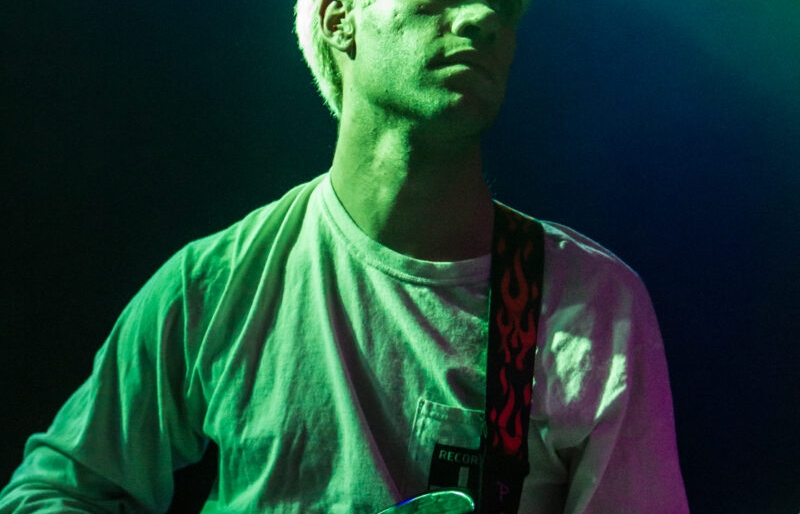 Porches drive us mad in new music video for “Car”

You can’t deny that NYC-based band Porches is unapologetically themselves. The group has always had a knack for the unusual, take their April performance at Union Transfer with hometown favorite Alex G as an example. Frontman Aaron Maine shimmied and thrusted his hips to his hearts content, encouraging the audience to not only join him in dancing, but at one point asking every member of the audience to sit on the floor.

Stage antics like these make for visual spectacles at Porches’ shows, embracing all things odd while delivering a healthy dose of dream synth awesomeness. It’s exciting to see, now, that the band have come out with a new music video for the song “Car,” because the only thing as good as hearing Porches is watching them.

Maine’s normally bright blonde hair (a la Andy Warhol or Rocky Horror, depending on his current stage demeanor) is traded in for a more natural look, as the band wears matching all white outfits with black belts and boots. The gangs similar attire and completely lackadaisical expressions amidst a background of white sculptures gives off an eerie A Clockwork Orange vibe.

While playing their instruments and looking deadpan into the camera, the group flows through several poses in sync together, all reminiscent of their live performances. Playing with one leg up in air, behind their backs, and laying down, as much as the band’s emotionlessness may be unsettling, we have to remember this is the group’s exact sense of humor and it is comical, even if it’s in a dark way.

See for yourself and check out the video for “Car” below.