The Key Presents: The Districts - WXPN | Vinyl At Heart 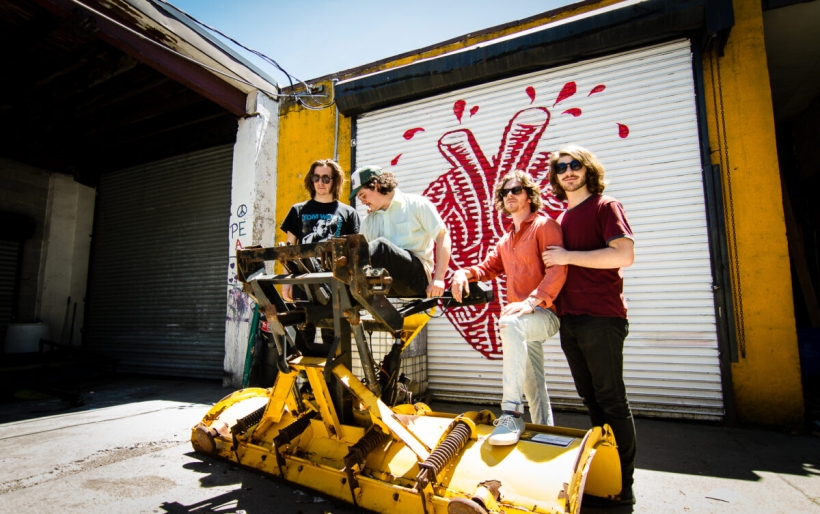 The Key Presents: The Districts

“It’s a long way down from the top to the bottom,” laments Rob Grote in 2014’s “Young Blood.” Perhaps he’s warding against some sort of self-fulfilling prophecy. Weaving humility into the very fibres of his songwriting, he finds a great strength in weakness. But it’s not as simple as just putting pen to page. Being kind is something that comes second nature to The Districts. Even after releasing a record that garnered praise everywhere from tiny blogs to Rolling Stone, and sharing stages with legends like The (actual) Rolling Stones, they still remain the same sweaty, smiling boys I saw absolutely crushing basement shows, a couple of years back.

Before A Flourish and A Spoil, there was The Districts EP. And before even that, Telephone. Most Districts die-hards know the initial release well, singing lyrics with wild abandon at live shows across the country. The old songs ring as true as ever, even for a band with whom much as changed rapidly around them. Lyrically, Telephone-era material holds up when put in a setlist alongside Flourish tracks, and sonically — while having more honky-tonk elements and barroom piano bits than recent days — it’s every bit as tightly-knit and intensive. Now, four years out from the self-release of Telephone, Fat Possum is set to re-release the record that opens The Districts canon. The band plays an in-store at Creep Records this Friday to celebrate.

In the spirit of the event, we met up with The Districts at a warehouse space in Kensington, to film a different take on some of the classic Telephone tracks. The fire in their eyes undimmed, they brought out four deep cuts that demonstrate that even though Telephone was their first release, it didn’t suffer in the least from inexperience. Between songs, I overheard Rob saying “Whoa, feels weird to play these again,” and grinning from ear-to-ear. It might be a long way down from the top to the bottom, but knowing The Districts, I don’t think that’s something they’ll have to fear. This is The Key Presents: The Districts.

The Districts perform at Creep Records in Northern Liberties on Friday, July 8th at 7 p.m. More information on the event can be found here.